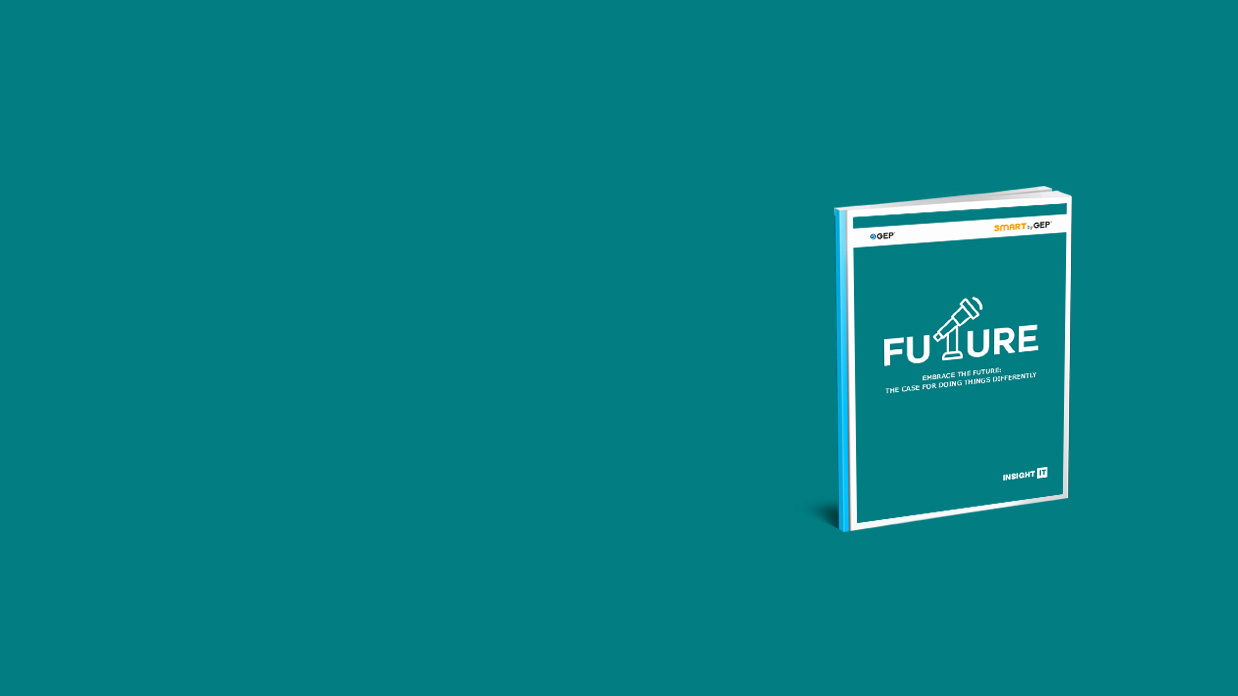 Embrace the Future: The Case for Doing Things Differently Why change something that works just fine? Why fix what isn’t broken? Why should we rock the boat? These are natural human reactions when we’re faced with challenge and disruption. But today, change in business and technology comes fast, and the risks of failing to embrace innovation are as severe as they are real.

In the modern business environment, defaulting to a cautious “no” is not a viable long-term option, especially in the technological realm. Playing it safe is not a strategy for longevity, nor is it a guarantee that any potential “digital downside” will be avoided or even minimized.

In this new INSIGHT IT article, Embrace the Future: The Case for Doing Things Differently, GEP’s tech experts make specific, constructive suggestions for CIOs and other business leaders looking to adopt a new culture of positive reaction to change. After all, we know that disruption breeds innovation, and unhampered innovation — especially where technology is concerned — is the key to sustained success.

Get your complimentary copy now — and start learning how to say “yes” to change.

Children begin to understand the meaning of the word ‘no’ between 8-12 months of age. This timing corresponds with increased mobility, possibly even their ﬁrst steps. It makes perfect sense that as babies begin to develop physical independence, their caretakers begin to say ‘no’ more frequently in an understandable eﬀort to ensure their safety.

While saying ‘no’ is reassuring to parents, it also has an eﬀect on how children interact with their world. According to researchers, ‘no’ is one of the ﬁrst 10 words most babies say, while ‘yes’ doesn’t even make the top 20. ‘No’ becomes a reﬂex, one that gives us the feeling — or perhaps the illusion — of control and safety. We learn and grow, but that ‘no’ remains at the core of our risk response programming. 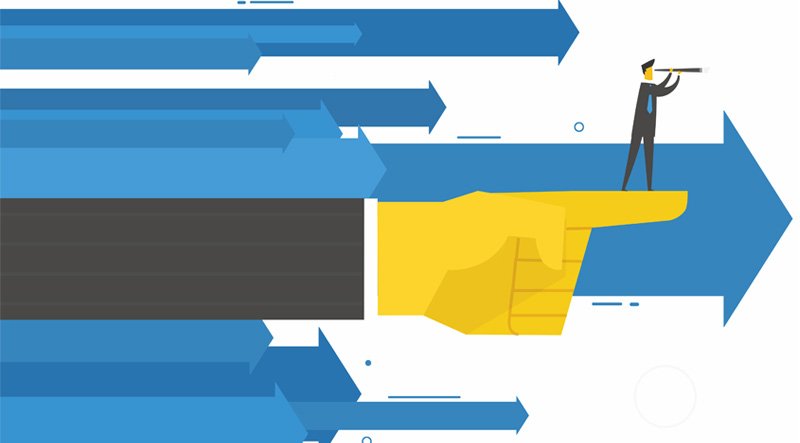 In many ways, IT organizations — staﬀed by real people who were all babies once — are responding to rapid rates of technological and structural change by falling back on hard-coded instincts. (No pun intended.)

In the face of pervasive instability, humans are pre-programmed to minimize their risk exposure by saying ‘no.’ Being habitually cautious is usually a good thing. But in the business environment, defaulting to ‘no’ and playing it safe is not a strategy for longevity, nor is it a guarantee that the risks facing IT will be avoided or even minimized.

For CIOs and IT organizations, the rate and scale of internal and external change are aggressive and transformational. It seems as though there is never a moment to feel stable before the next round of shifts are here. Add to this the fact that the risk of external exposure is elevated — and failures are constantly in the news — and it is easy to see why many IT organizations operate from a standpoint of risk minimization as their ﬁrst priority.

Saying ‘yes’ too quickly can put IT ﬁrmly on the hook for consequences ranging from data breaches to unwieldy system implementations. And while saying ‘no’ may lead to friction between IT and a corporate leadership team eager to remain ahead of the competition, it appeals to IT’s natural desire to protect the enterprise from a looming ‘digital downside.’

Legacy systems, often derided as barriers to desired change, seem perfectly ‘safe’ because of their stability. Unfortunately, this stability is actually a shackle, holding IT back from healthy, evolutionary progress.

As rational (and predictable) as measured forward progress seems, what if it isn’t enough? What if the opportunity or the competitive landscape demands more? Sometimes change can be progressive, like a logical evolution of what’s been done in the past — but there are times when it can be disruptive, throwing over what’s been done previously in favor of a new order. 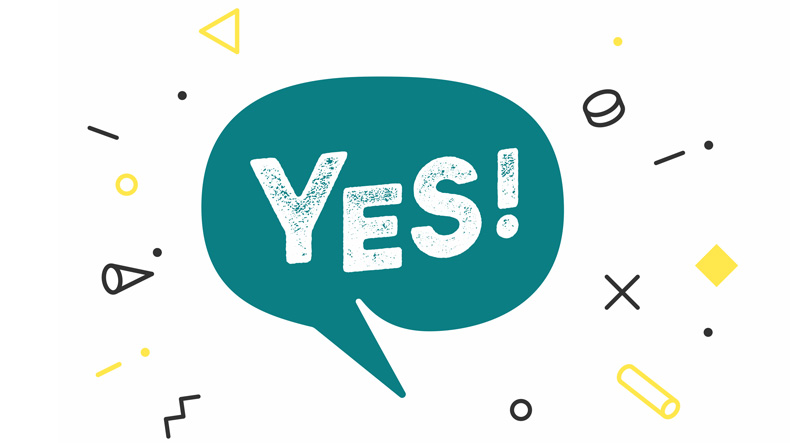 Learning to say ‘yes’ to new ideas and suggestions in an environment of disruption doesn’t happen overnight. For an IT organization that habitually responds to most requests for technological change by saying ‘no,’ a multi-phase transition process is the best path forward.

The Case for Building 'Known' Partnership

A good strategy for getting to phase three is to build known alliances and partnerships to improve solution identiﬁcation and decision making. IT has two prime opportunities to acquire partners that can help navigate the unknown.

Also aﬄicted with a propensity for saying 'no,' procurement is often seen equally as a roadblock to digital enterprise progress. Both procurement and IT should be driving progress and making new technologies easy to adopt. 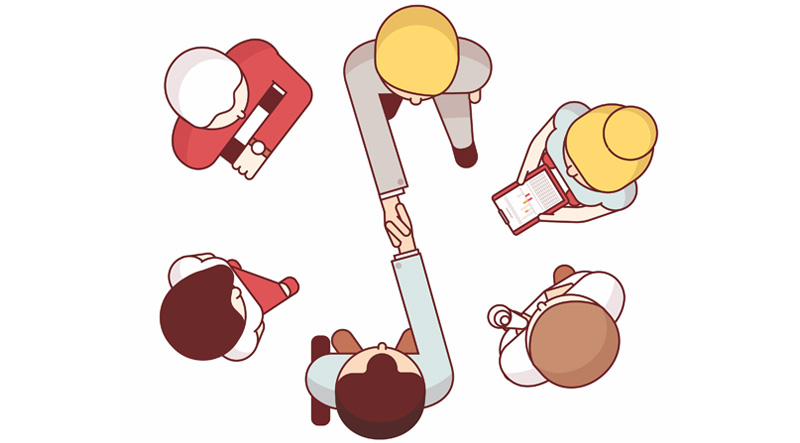 Procurement can help IT overcome resistance to transformation by using its experience ﬁnding and evaluating suppliers and qualiﬁed solutions/providers. If they can work together to get to 'yes,' they create a mutually beneﬁcial opportunity for increased inﬂuence and internal rebranding.

These companies should consider it part of their value proposition to help their clients and users derive maximum value from new technology. IT should be partnering with vendors and providers who are ahead of the curve, ones that fully understand the applied business advantages of their technology and are able to translate that into customer value post-implementation.

We're only human, and we take comfort and reassurance in sticking with what we know and what's worked previously. But the reality is that technology organizations must be willing to break an established order to leverage disruptive innovation. It is not possible to accomplish amazing things with a legacy solution, full stop. To surmount the psychological barriers that impede us from embracing technology's full potential, we need to consciously rewire our instinctive thought process — ﬁrst to pause before saying no, and eventually to start from an automatic position of yes. Procurement Metrics That Matter in an Uncertain World ZH-CN

How to Combat Inflation With Cost Intelligence and Modeling Tools Webcast

How Guided Buying Can Boost Spend Compliance and Cost Savings