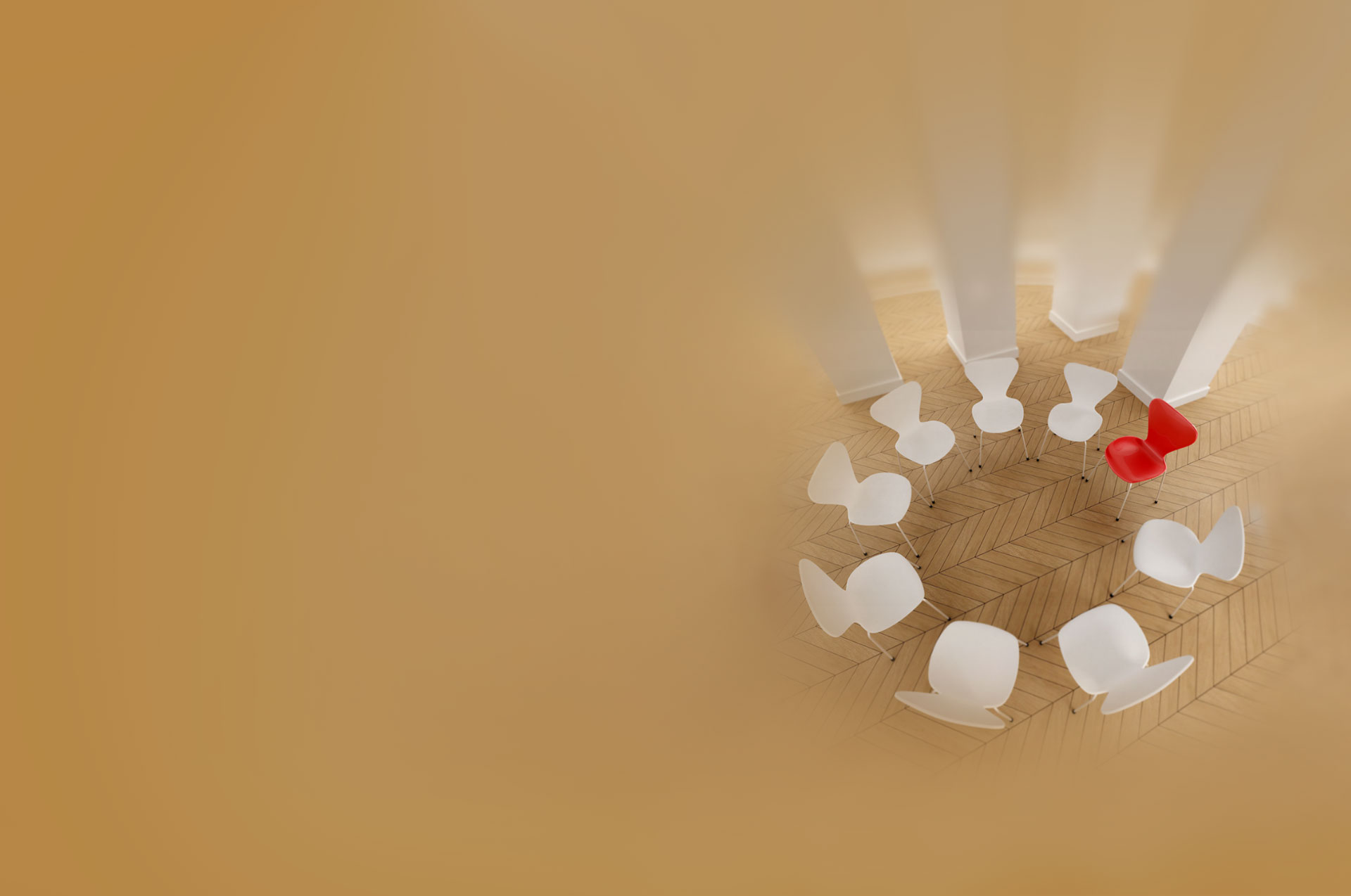 You have demand for your product – strong demand in fact. So what's the problem?

You're out of stock … and you've lost that revenue.

Unfortunately, lost sales are just the beginning of a cascade of potentially ugly outcomes for your business: poor capacity utilization, higher costs across the supply chain, declining service levels, lower customer satisfaction and “unearned” opportunities for the introduction of competing products.

To nip these issues in the bud, best-in-class procurement organizations are embracing sales and operations planning (S&OP) to significantly reduce, if not entirely eliminate, the frequency and impact of these issues.

In a nutshell, the S&OP process helps organizations to decide how much of which SKUs to manufacture, which facilities to use to manufacture them and where to send these SKUs. These decisions are based on sales forecasts, inventory levels and capacity utilization, and target service levels.

GEP believes that — as partners in the supply chain and constituting the source of the materials — suppliers are absolutely fundamental to a sound S&OP process. This paper shares GEP's perspectives on the key approach to integrating suppliers in the S&OP process. We also illustrate the benefits of doing so through the work done for a leading biotechnology company.

S&OP process is a structured way to manage the end-to-end supply and demand in the organization. Organizations using S&OP have a central planning function and involve all key functions including sales, distribution, manufacturing and, of course, procurement.

As shown in Figure 1, S&OP is an integrated way of planning where strategic objectives and sales forecasts are used to determine the manufacturing and procurement requirements for each planning horizon.

Traditionally, organizations have been driving their S&OP process internally, with limited involvement of external partners, especially suppliers. An APICS study (Figure 2) indicated that more than half of the surveyed companies did not involve any of their suppliers in their S&OP process.

As can be seen in Figure 3, GEP proposes the Extended S&OP (ESOP) where suppliers are integrated into the S&OP process.

The three key questions that are answered as part of the extended S&OP are as follows:

Segmentation of the SKU portfolio of the organization helps the management understand where it needs to focus its attention. Figure 4A indicates the recommended SKU segmentation approach.

Once the segmentation is complete, suppliers that supply materials forming an input to the corresponding SKU must be identified. Depending on the classification of the SKU, the S&OP focus for that SKU and the corresponding suppliers will be different. For instance, products with a high volume and variation in demand need to be monitored on a regular basis while products with high volume and low variation in demand can be monitored less frequently, say on a quarterly basis. 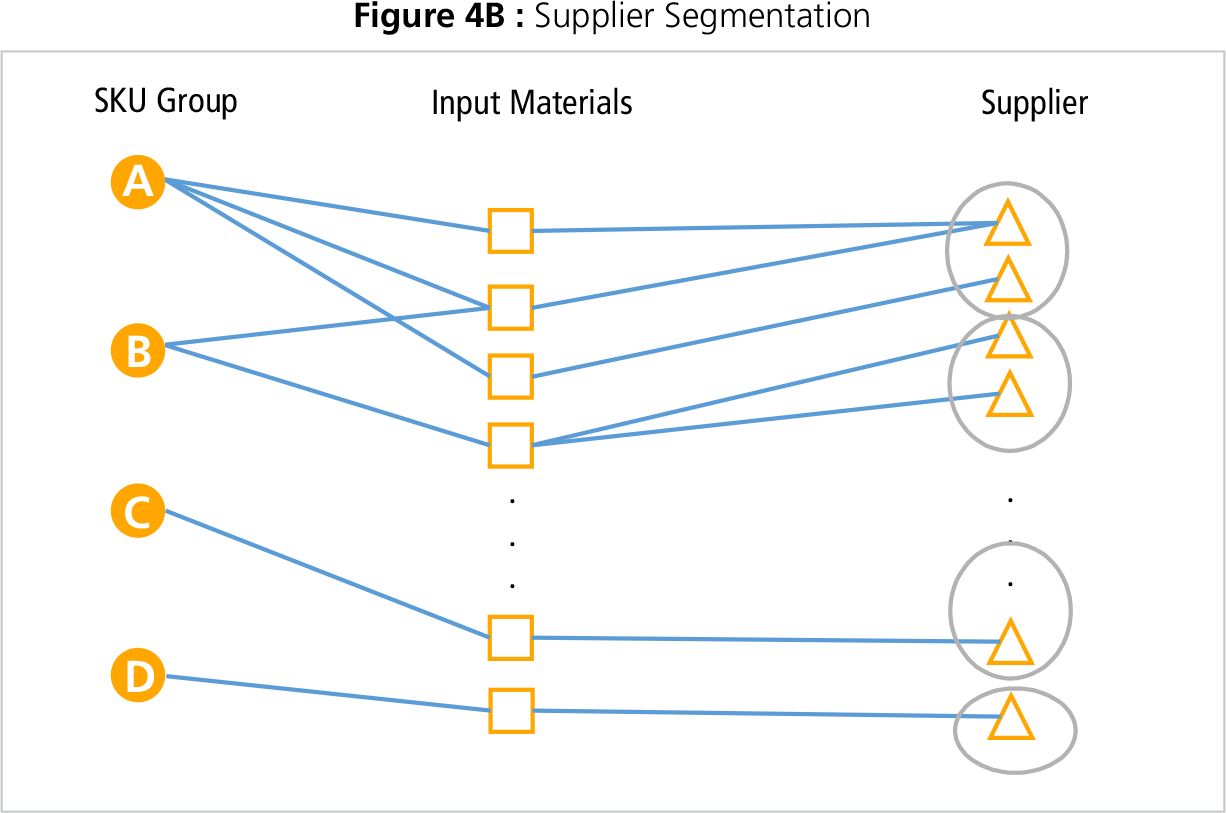 For the former SKUs, the suppliers of the input materials will need to be tightly integrated on a 'real-time' basis to meet the fluctuating demand, while in the latter case, suppliers will need to ensure constancy of supply.

The table in Figure 5 summarizes the supplier segmentation strategy based on the classification in Figure 4A & 4B. 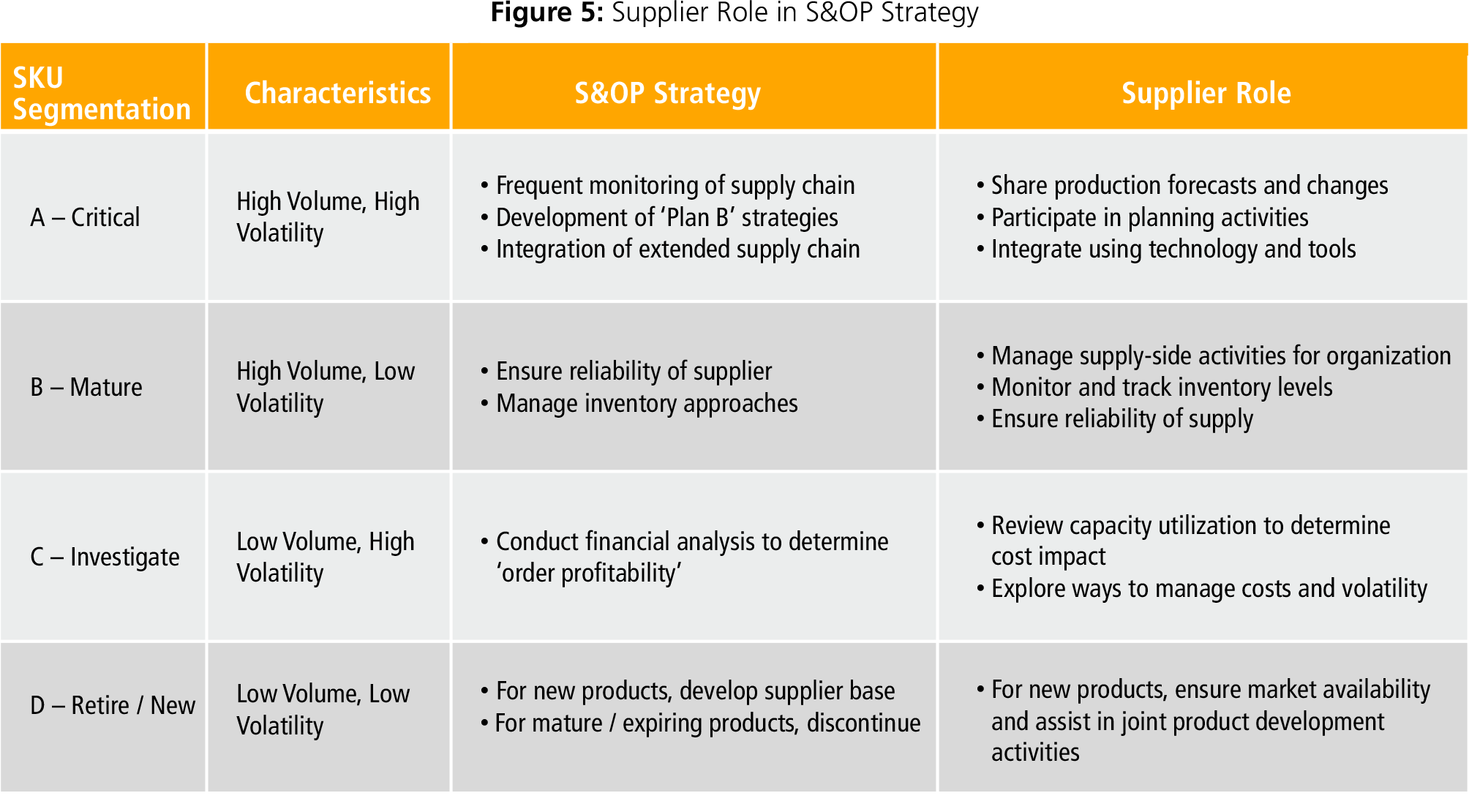 Following are the different roles suppliers can play in the S&OP strategy, based on their SKU segmentation.

Suppliers in the “critical” group must be made an integral part of the S&OP activities. They must be updated on the procurement forecasts so that they can plan their production activity accordingly. Similarly, suppliers in this group should share their production plans as well as any planned downtimes with the organization so that appropriate “course corrections” can be made. These suppliers must be tightly integrated with the ERP systems of the organization, so that the production plans and inventory levels can be shared between both entities in a seamless manner. Organization and suppliers must also jointly develop "Plan B's" or backup plans, in case there is a disruption of supply or if demand far exceeds planned volumes.

Suppliers in the “mature” group have a steady demand situation. In these cases, suppliers can be responsible for monitoring the stock levels of their materials at the organization sites. Thus, by proactively tracking the stock levels and the production forecasts, they can plan their own production capacity requirements accordingly. The key objectives of suppliers in this group are to ensure consistency and reliability of the supply of their materials to the organization.

The “investigate” SKUs need further analysis by the organization. Analysis may indicate that the SKUs in this group are not profitable in the market. The S&OP group will then have to decide if these SKUs should be discontinued or should they focus on making them more competitive. Suppliers' role in such cases will be to collaborate with the organization to identify joint improvements that can boost the profitability of the SKUs.

The “Retire / New” group of SKUs are the stragglers of the product portfolio of the organization. This group will include SKUs that are 'new' and in the process of developing their market share, or they could be 'expiring' SKUs that will soon need to be discontinued. In the case of new products, suppliers can play a critical role in ensuring market availability as well as helping the organization tweak the offering based on market feedback.

GEP has worked with many large global organizations across various industries in supplier segmentation and implementation of the approach across their SKU supplier base.

Recently, we implemented an S&OP process for a large biotech company, focusing on the critical group of SKUs defined above (High volatility and High Volume). The client was frequently facing stock-outs of its raw materials for these product groups and had to resort to emergency purchases to meet the fluctuating demand. The increased costs were as high as 15 – 20 percent of the baseline costs. The existing S&OP process was not effective as the client did not involve suppliers in the process.

GEP reviewed the current process and implemented an extended S&OP approach for this product group. By identifying 'strategic suppliers' in this segment, the team put in place a process where information was shared with the suppliers on a proactive basis. Similarly, the suppliers were required to share their capacity utilization and planned downtime information on a regular basis to support planning activities.

By involving suppliers in the S&OP process, the client was able to maintain steady supply for the target product groups and withstand fluctuations in sales volumes.

Involving suppliers in the S&OP activities is necessary to ensure continuity of supply and develop an effective S&OP process. Using the segmented approach defined above, organizations can focus their resources in the right areas, depending on the SKU characteristics. By ensuring that their suppliers play an appropriate role in the supply chain for each SKU group, organizations can prevent stock-outs, avoid lost sales, increase capacity utilization, reduce costs across the supply chain and improve their service levels. How to Operationalize Supply Chain Sustainability to Achieve Net-Zero Emissions

This webcast outlines the steps to creating an action plan for reporting on and reducing emissions.

The CPO’s Guide to Building an Agile Procurement Organization

Procurement Playbook for 2023 & Beyond: Seeking Stability in an Uncertain World

Collaborate Your Way to a Data-driven Supply Chain