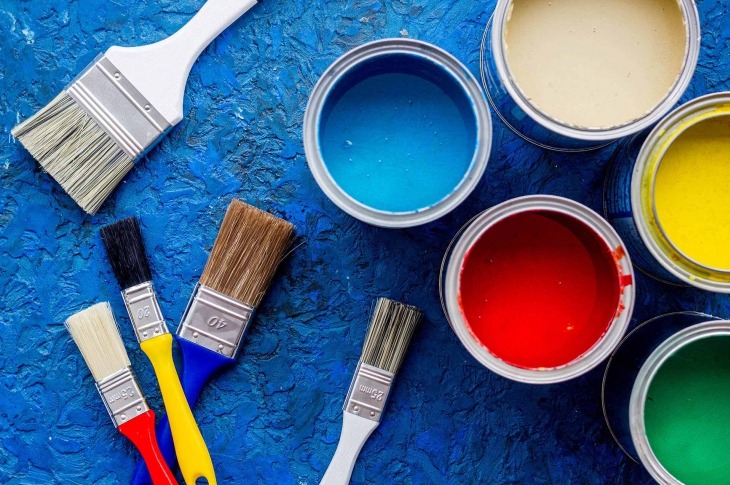 Titanium Dioxide (TiO2) is an oxide that occurs naturally. It is commonly known as Titanium (IV) Oxide or Titania. It is used as a pigment known by many names, including Titanium White, Pigment White 6 (PW6) or CI 77891. The end-user industries of TiO2 are paints & coatings and paper & plastics, which together account for about 80-85 percent of the global TiO2 consumption; the other 8-10 percent is used in the cosmetics, rubber, food and printing ink industries; and the rest 4-5 percent is used to produce glass, chemical intermediates, pure titanium, etc.

TiO2 consists of three grades used in commercial applications — Anatase, Rutile and Brookite. Anatase is majorly used in the paper manufacturing industry as it is softer compared to the other two grades. It is also used in paints and coatings due to the rapid growth in the automobile and construction industry. Rutile, too, is used in paints, plastics, printing inks, fibers, rubber, etc. The third grade, Brookite, is relatively less preferred over Rutile and Anatase.

The global TiO2 market is estimated to grow at a robust rate during the 2019–2023 period due to the rising demand from varied industries. Among countries, China is the major producer with more than 50 companies manufacturing TiO2, of which seven producers supply more than half of the global capacity. The global demand is expected to increase by 4-5 percent annually and the industry requires a new capacity of about 200,000-300,000 metric tons each year to satisfy this demand. The demand for pigments will drive the market to a large extent on the back of massive downstream capacity additions over the next 10 years.

Regional Insights and Outlook for 2019

TiO2 contract prices have seen a steady increase, growing by more than 50 percent since 2016 owing to a reduction in operating rates and plant turnarounds amid the government’s environmental regulations. In 2018 too, it portrayed a similar situation. However, in the second half of 2018, contract prices witnessed an upward movement despite ample supply of Chinese export cargoes. Moreover, depreciation of the domestic currency, Chinese Yuan, enticed exporters to increase exports to the U.S. or/and Europe to obtain better profit margins in the second half of 2018.

Outlook: For the first time in two years, TiO2 is expected to remain bearish in the overall Asian market due to weak domestic demand that is mainly driven by the quiet seasonal demand for pigments from the downstream paints and coatings sector, and ample availability. Moreover, the cheaper TiO2 prices in China created a large price gap between Chinese export cargoes and international prices, indicating a further decline in contract prices. However, some producers are hopeful that there will be an uptick in demand in H2, 2019, which might result in the excess supply being absorbed and balance the market.

The demand for TiO2 in the European market remained muted and prices continued to drop through H2, 2018 due to low seasonal demand in winter conditions from the downstream paints/coatings and plastics industry coupled with an uncertain economic climate and adequate supply. A similar situation is expected to persist in Q1, 2019. However, some buyers are expecting the prices to remain stable in Q1, 2019 due to the anticipated adjustment in TiO2 production to prevent further increase in supply.

Outlook: The TiO2 market in Europe portrays mixed sentiments beyond Q1, 2019. This is because some traders expect prices to stabilize on ample supply, whereas others believe that the lack of capacity build-up in the near term is unlikely to match up with the growing demand as the peak season could absorb supply, driving price upwards in Q2, 2019. Similarly, a few also believe that supply would be adequate to meet moderate demand amid an uncertain global economic condition driving the direction of prices downwards. The European TiO2 market depicts a challenging 2019 amid global economic climate and price volatility.

The sentiments in the TiO2 market for Q1, 2019 indicate that the prices are expected to increase backed by strong demand from the paint and coatings industry and the short supply of TiO2. Tight supply is the result of the declined demand for China-based TiO2 in the U.S. Moreover, Tronox, the leading producer of TiO2 pigment, is striving hard to merge with Saudi Arabia-based TiO2 company, Cristal Global. However, the proposed acquisition is blocked by the regulatory authorities stating the threat of reduced competition. Domestic suppliers are expected to assess the overall industry inventory before deciding operating rates for the short term. If the merger is successful, the market share of Tronox post-merger is likely to increase from about 8 percent to 20-22 percent and it could well be the second-largest producer after Chemours in the consolidated TiO2 supplier market. Already, several producers announced an increase of 5-7 cents/lb, effective February 2019; however, contract customers are under the influence of a 90-day price protection and therefore, the price-hike initiatives are likely to be implemented toward the end of H1, 2019.

The global TiO2 market outlook indicates a bearish tone in certain regions. Weak demand, ample supply and an uncertain global economic climate signals declined prices. This is likely to weigh down the TiO2 market in certain regions such as Asia and Europe except for North America in H1, 2019. The outcome of the trade war and performance of the CNY against the global currencies will also impact the competitiveness of the global market.