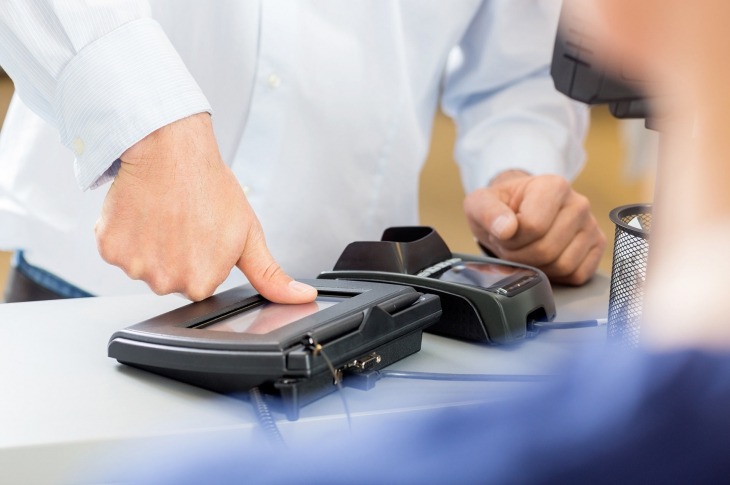 Technological innovations are bringing about a revolution in the way we secure online payments for goods and services. Biometric authentication by face recognition, also known as “selfie pay,” is the latest trend to catch up in the web-based payment space, which allows business users to validate their transactions by means of a photograph of themselves or their fingerprints, eliminating the need for passwords or codes. Global payment network providers such as MasterCard and Visa, financial firms like Bank of Montreal and technology giants like Amazon are all exploring this option. Pilot projects by many payment network providers were rolled out in 14 countries in the US, Canada, Western Europe and Scandinavia between March and October 2016.

The major reason for this alternate means of transaction validation is because of a major shift to EMV chip-based cards, being compulsorily adopted by consumers and businesses this year. The majority of end users are unfamiliar with this new card payment technology and switchover is slow. The slow adoption of this new technology in conjunction with database breaches has made end users susceptible to credit card fraud, with numbers reaching $4 billion in 2016 and expecting to increase to $10 billion by 2020.

In order to combat this, credit giant MasterCard developed the “pay-by-selfie” biometric authentication service, first tested with Silicon Valley’s First Tech Federal Credit Union and other stakeholders for financial transactions in October 2015. The photograph “selfie” clicked by the end-user is authenticated against a picture stored in MasterCard’s database file. Part of MasterCard’s Identity Check application, it allows users to verify purchases by email, SMS and now biometrics. This new feature helped reduce fraud for MasterCard clients by almost 80% and makes for an easier user interface. This service is available for corporate cards for B2B transactions, and will be available to retail consumers by the end of 2016. MasterCard will continue to roll out the pay-by-selfie feature in the US and Europe in 2016 and globally by 2017. MasterCard also plans to implement biometric verification, such as fingerprint recognition, into its digital wallet platform, MasterPass.

In Canada, the Bank of Montreal (BMO) rolled out a corporate credit card program allowing their employees and executives to carry out transaction authentication by selfie or fingerprints and has partnered with MasterCard to integrate their Identity Check application into BMO’s systems. BMO plans to implement this into consumer cards by the end of 2016. Biometrics in the financial services industry stood at $123 million in 2015 and is expected to grow to $657 million in 2019.

Amazon has also shown interest in this solution, as they filed a patent plan similar to “pay–by-selfie” for online purchases, but also prompts the user to authentication transactions via certain actions, motions, or gestures, such as to smile, blink, or tilt the head.

However, skeptics of biometric authentication state that “selfie” passwords are less secure. Conventional passwords, if compromised, can be changed easily. However, there aren’t many options if your picture or fingerprints are stolen. Further, it’s much easier to steal an individual’s photograph than their fingerprints.

Regardless, the future for biometric authentication is bright and MasterCard is working on two other biometric authentication techniquesꟷa heartbeat reader’s work on the user’s wrist, which utilizes the heartbeat as the digital signature, and voice and iris recognition programs that validate transactions via these two biological features. Citigroup plans to roll out its voice recognition technology as part of its mobile banking offerings across the Asia Pacific region by 2017, with plans to have one million Asian users before May 2017. Visa, on the other hand, is working on its biometrics-based technology solution utilizing iris scanning, to be integrated in its online payment service Visa Checkout, and can be added on any of its debit or credit card offerings.

Research in the field of voice and iris recognition for payment verification features heavily in the finance world, and provides an indication of the way forward for cashless payment authentication.