Changing Interest Rates: Reacting to the Impacts of COVID-19

The coronavirus pandemic has had widespread implications across the globe, leading to a massive decline in global economic activity. Experts project the worst recession since the great depression, worse than what was seen during the global financial crisis in 2008. In 2020, the global economy is estimated to decline by 3%, global trade is projected to fall by 11% and oil prices are projected to fall by 42%. Other crises being faced by countries include falling external demand, capital outflows and a collapse in commodity prices. Advanced economies are predicted to experience an economic contraction of 7.8% of their GDP in 2020, with USA’s economy projected to decline by 5.9%. The European economy is projected to decline by 7.5% of its GDP, while developing economies are expected to witness a decline of 2% in their economic growth. Global trade volumes in 2020 are projected to decline between 13% and 32%, exceeding the drop in global trade during the 2008-2009 financial crisis.

Reactions In the USA

The United States cut its benchmark interest rate from 1.55% in January to 0.25% in March 2020 and further down to 0.05% in April 2020. This rate is expected to increase to 0.25% in the 12 months leading up to May 2021. The United States aims to stimulate economic activity as a result of the reduction in interest rates, while other measures intend to provide the financial markets with liquidity, thereby providing businesses with access to required funding. It expects to maintain this range until the economy stabilizes and is capable of achieving employment and price stability goals.

The People’s Bank of China cut the prime rate from 4.15% in January 2020 to 4.05% in March, and further down to 3.85% in April. This rate is estimated to increase by 35 basis points in the next 12 months. China’s central bank injected $57 billion into the banking system in early February, while also putting a cap on the interest rates on loans provided by banks to major firms. The People’s Bank of China announced the provision of $78.8 billion in funding to small businesses, by reducing the bank’s reserve requirements.

Reactions in the UK

The Bank of England announced various measures to deal with the economic disruptions caused by COVID-19. The Bank of England’s monetary policy committee cut interest rates from 0.75% in January to 0.25% in March and further to a historic low of 0.10% in April 2020. They also re-introduced the Term Funding Scheme, which provided banks with over $110 billion for loans at low interest rates for small and medium-sized enterprises. It also lowered the banks’ capital buffer requirement to 0%, which it is estimated will enable banks to lend over $200 billion to businesses.

The Euro Area interest rate has been at 0% and is expected to remain the same for the next 12 months. The measures being undertaken in Europe are led by the European Central Bank (ECB). To increase the liquidity available to Eurozone Banks, the ECB expanded its Longer-Term Refinance Operations (LTRO) that enable Eurozone banks to avail low-cost loans. It also extended the targeted LTRO, which enabled small and medium-sized businesses that were directly affected by COVID-19 to avail loans at below market interest rates. The ECB also committed to provide $130 billion for its asset purchase program which is aimed at providing liquidity to firms.

How Changes in the Benchmark Rates Benefit Suppliers

The reduction in benchmark rates by various central banks is aimed at helping commercial banks to access more capital and liquidity, which they can pass on to businesses facing the possibility of insolvency by extending credit facilities at lower rates of interest. These government measures are expected to lead to an increase in business activity, improving the supply of intermediate and finished goods through improved supply chains. This in turn, would improve the supply shocks created by disruptions due to COVID.

While benchmark rates will provide relief to small and medium-sized enterprises, their goal will be to ensure sustainability. To achieve this, companies will try to increase transparency in their supply chain, ensuring their stock is of sufficient inventory and maintaining production levels that will enable them to deliver to their customers. With increases in borrowing capacity owing to the reduction in interest rates, the amount of available cash with manufacturers is bound to increase, thereby improving cash flows that have taken a drastic hit.

Will This Benefit the Whole Economy?

With access to more liquidity and relaxation in credit terms, businesses would be able to increase production and profitability, which will eventually lead to an increase in economic growth. The impetus provided by these government measures will increase business activities, thus likely increasing household incomes and thereby leading to greater demand. 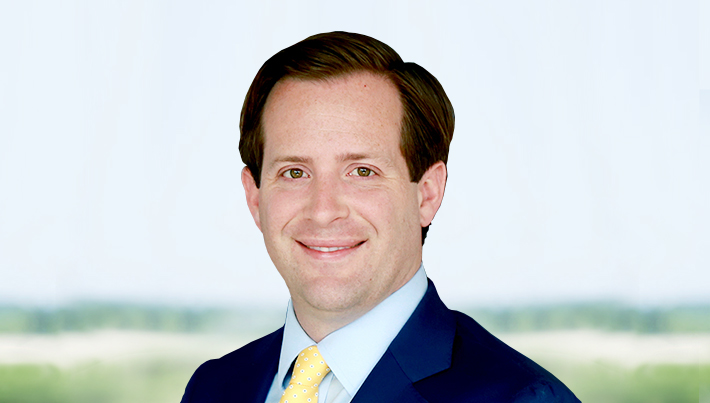 John has over 15 years of strategy consulting experience managing several large-scale engagements with leading global clients.
At GEP, John is responsible for partnering with leading CPG and retail enterprises on strategy, supply chain and management initiatives. John is also the Chair of GEP’s Thought Leadership Council.