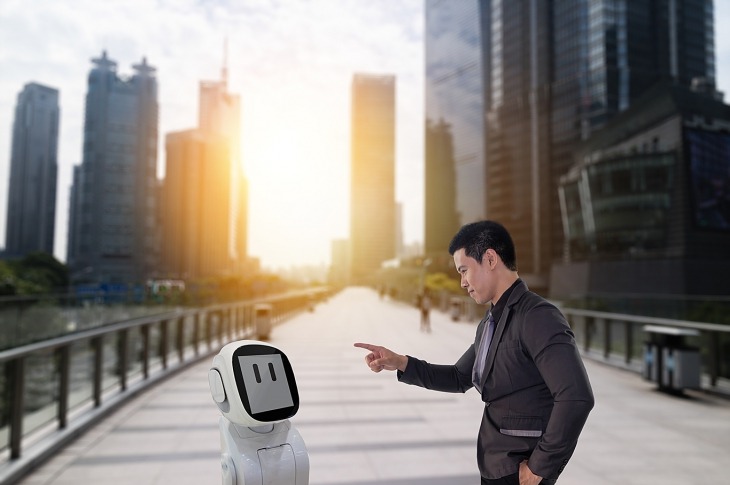 Due to ever-changing regulations, political situations, changing markets and business needs, many industries are in constant flux. The business process outsourcing (BPO) industry is no exception, and there are many factors altering the face of the current BPO industry—the advent of artificial intelligence (AI), the rise of virtual workforce, and the emergence of new hubs, just to name a few.

Automation is set to substitute lower-skilled jobs in the future, and it’s not far-fetched that call center agents might be replaced by intelligent computer answering machines. We already see the effect of AI in customer service—chatbots have already started popping up when we visit any e-commerce website. Facebook has already integrated these chatbots in its Messenger app. These bots are more efficient and cheaper compared to a human representative, and can quickly scan through a host of databases to retrieve results and even learn from previous interactions. Bots are easily replicated and can interact with multiple people at the same time, reducing the cost of office space, manpower, and many other costs. A study conducted by Oxford and Deloitte concluded that in the UK alone, there is a 35% risk of jobs being replaced by automation over the next 20 years. Call center agents have a 75% chance of being replaced by automation. Even Xerox conducted a survey in which 42% of respondents expect call centers to end by 2025. And, banks such as RBS have already introduced bots to handle basic customer queries like lost or stolen cards and forgotten PINs.

Technology may take away jobs from the BPO industry in the future, but it is currently making life easier for some BPO employees. Improvements in call center software and technology infrastructure has made it easier for people to work from home. Many companies are opting for this, as it reduces the cost of operations, including office space, rent, equipment costs, and electricity, while at the same time increasing customer and employee satisfaction. In 2015, the National Association of Call Centers estimated that more than half of call centers in the United States (68%) have some percentage of their workforce employed from home.

The rise of crowdsourcing platforms such as Upwork and Freelancer have added to this trend. Their combined market share is around 12 percent of BPO industry. With growth in “gig economy,” the market share of these platforms is expected to expand. Small IT projects are popular on these platforms, and clients find it easy to find trained professionals there. The only cause for concern in these situations is maintaining the quality of the work produced.

India losing its position as the leader in the BPO industry

Emerging destinations such as Indonesia, Malaysia, Sri Lanka, and the Philippines along with east European countries such as Poland, Latvia, Hungary and the Czech Republic are threatening India’s position as the leader in BPO industry. India accounts for 36% of the global market share and this is constantly on the decline. The Philippines are growing in favor for voice-based support, with a youthful 95% literate population, serving as a driver for the growth of BPO in the country.

IT projects, for which India has always been a hotbed, are also being threatened by East European countries, which are proving to be a quality destination for specific IT projects. Even though most of these countries prove to be more expensive than India, clients in the US and UK prefer to spread their outsourcing destinations to several countries rather than concentrate their outsourcing activities to one specific country. Labor costs alone in east European countries are roughly 25% more than in India. European countries, especially the UK, prefer outsourcing their IT projects to eastern Europe because of cultural and geographical affinity, better business atmosphere and specialized skills that are hard to find. Apart from the work produced in these countries being of a higher quality, professionals typically can also speak French, German and have the appropriate soft skills needed in that region. With China being at the forefront of AI, AI-related projects are being handed over to China rather than India. China has a much larger pool of AI programmers as compared to India. Around 65% of India’s outsourcing share comes from the US, and with Trump government going hard on the visa regulations, there is little optimism for the Indian outsourcing industry.

Major metropolitan cities in India have become oversaturated with BPO companies. Accompanied with rocketing land prices and electricity costs, it is even more difficult to successfully manage a BPO business. Tier 2/3 cities like Nashik, Ahmedabad, Chandigarh and Jaipur have long been cited as alternative options to Mumbai, Bangalore, Delhi and Kolkata. Drivers such as low office leases, low attrition rates and overall lower operational costs have caused many BPO companies to set up offices in small towns. Even the Indian government is playing its part; the Pradhan Mantri Jan Dhan Yojana aims to provide people from small towns with banking accounts, debit and credit cards at highly subsidized rates. To further incentivize this program for BPO companies to set up call centers in small towns, the government also offered a 50 percent subsidy of the total expenditure or one lakh per seat, whichever was lower. Aegis, one of the major BPO providers in India, has set up centers in Ajmer in Rajasthan, Shimoga in Karnataka and Karnal in Haryana. Other BPO firms, such as Hinduja global solutions, RuralShores Business services are also opening centers in small towns. The hindrances these firms face are mainly related to employability and lack of managerial talent. Despite these difficulties, the future for these cities seems bright.

The threat of automation and the current tumultuous political climate paints a bleak picture for the BPO industry in the coming years. Firms adopting new technologies along with adapting to changing political situations will turn out winners in the end. Procurement will surely benefit since, due to automation, the cost and need for outsourcing may drastically reduce. On the other hand, some segments such as IT outsourcing may face a tough time for a short while due to an increase in labor costs in countries like India, China and Philippines, which would directly drive procurement costs higher.