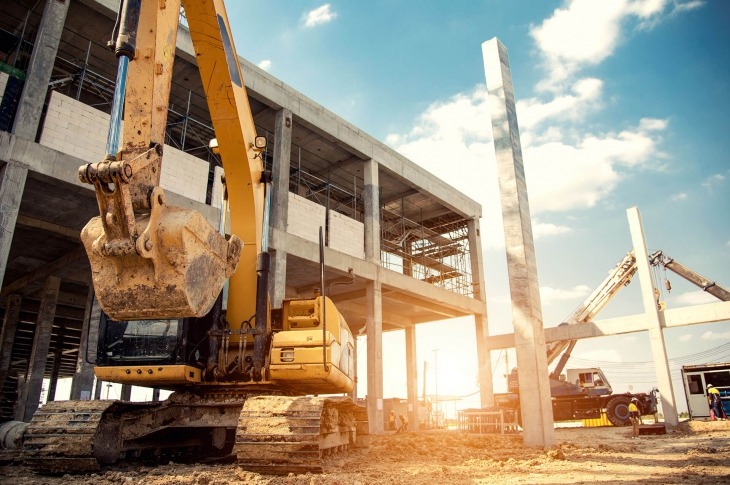 The initial concern for the U.S. construction industry was the inflated building material costs due to the imposition of a new tariff on imported steel and aluminum. In the months since the tariff debate first erupted, new extra charges have been levied across a wide range of imported materials and finished goods, and the impact of these charges is being felt across the global supply chain for construction equipment. Major original equipment manufacturers (OEMs) and dealers have started reasssessing their strategies to counter the hike in prices of critical imported components.

On average, steel accounts for about 10 percent of an OEM’s total large construction equipment manufacturing cost. At the start of the third quarter of 2018, steel (HRC) prices went up by about 50 percent year-on-year (Y-o-Y), affecting manufacturers' profit margins. To make matters worse, under Section 301 announced in April 2018, tariffs were raised for goods such as machinery components/sub-assemblies (engine, gearbox, etc.) that were widely used by U.S.-based OEMs. Small diesel engines used in compact equipment are generally sourced from Japan and/or South Korea, while high-strength specialty steel used in equipment cabs are currently sourced from Sweden and Finland. With tariffs for specialized components raised, OEMs are now facing issues in offering competitive pricing.

China imports a considerable amount of U.S.-made equipment. In 2017, the U.S. exported more than $1.5 billion worth of construction equipment to China. If China retaliates by imposing a heavy duty on U.S.-made equipment, that could be another serious blow to these OEMs.

Influenced by the increased tariffs and speculations around trade policies, major manufacturers have increased prices as a reaction to the increased upfront costs of steel and other sub-assemblies/components. Although the long-term impact of the trade tariff is uncertain, the inflationary impact on steel prices and related components has already increased product costs. For larger equipment manufacturers such as Caterpillar, the rising cost is offset by strong sales.

Passing on the Cost to Customers

The introduction of new tariffs and trade barriers has already begun to impact some OEMs, especially the smaller U.S.-based ones, and the cost reflection is already evident. For the other OEMs, especially the major players, the cost is not expected to seriously impact bottom lines until 2019. Construction equipment dealers are currently facing a tough time to pass on the cost to customers.

Companies such as John Deere have resorted to a discount reduction policy to counter the increase in production costs.

Shifting Production Out of the U.S.

The most imminent impact of the tariffs is with regard to where manufacturers opt to manufacture their equipment. Major OEMs — along with some bike manufacturers such as Harley Davidson — are devising plans to shift production of their machinery to facilities outside the U.S. if the tariffs remain confined largely to upfront materials and components.

Major OEM players with global operations and huge sales volumes are expected to realign their global supply chain strategy to stay competitive. Meanwhile, small U.S.-based OEMs — which produce specialized machinery and don’t operate at the global level — lack the capability to absorb the inflated cost and therefore are beginning to pass on the cost increase to their customers. The rise in prices is leading major OEMs to expect a significant portion of their customers to shift a larger share of their fleets toward rentals by 2019, as higher prices could make refreshing equipment fleets an expensive proposition. 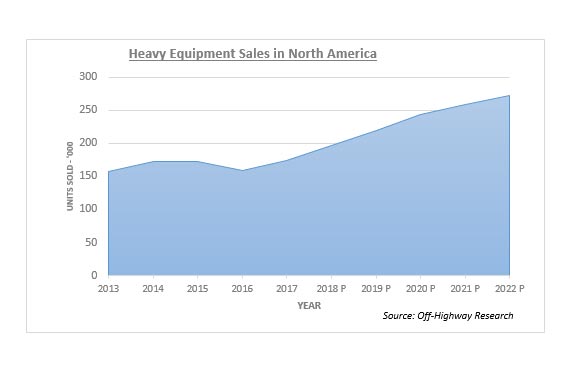 The construction equipment industry has been at the center of a period of strong performance and promising growth. The heavy equipment sales backed by strong demand is forecast to increase at a compound annual growth rate (CAGR) of about 8 percent during 2017–2022.

U.S.-based equipment manufacturers had enjoyed the benefits of strong order books complemented by the recent tax reform up till end-2017. The introduction of the tariff at the end of the first quarter of 2018 has overturned the scenario primarily due to a hike in the U.S. steel price from tariffs, and the increased cost of components from the Section 301 tariffs on goods based out of China.

The strong market demand may to an extent delay the trouble caused by tariffs, but in the long run, adverse effects such as job cuts, loss of business, etc., are likely to be seen. Currently, most of the major OEM players have contracts in place to purchase steel at a fixed price range, but once these agreements come to an end and new prices are agreed upon, these OEMs might try to devise other mitigation strategies to counter the price hike and maintain their profitability.