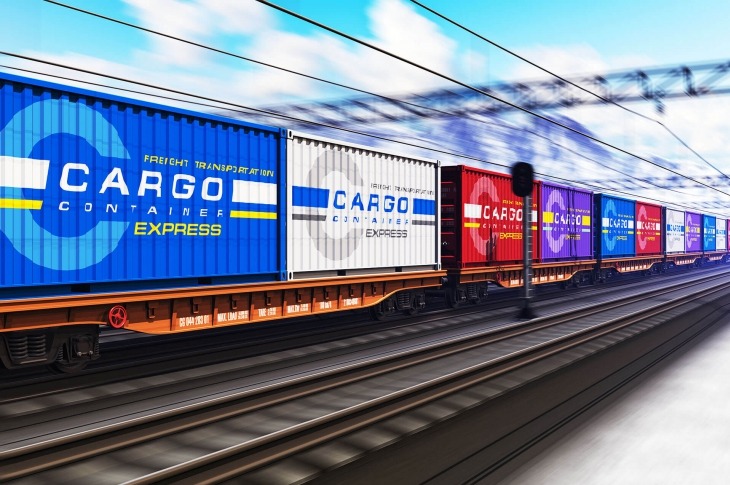 In recent months, Amazon has joined Walmart as the second e-commerce player in the U.S. to enhance its in-house intermodal logistics capabilities. Amazon bought 250 ‘Prime’-branded intermodal containers — each 53 ft long — as part of a pilot program for greater middle-mile connectivity in high-volume lanes, namely class 1 railroads along the west coast of the United States. This has posed an unprecedented challenge to Intermodal Marketing Companies (IMCs) such as Schneider, J.B. Hunt Transport Services and Hub Group, threatening to disrupt their strong control over the U.S. intermodal transportation sector.

Traditionally, railroad companies did not engage with the buyers directly. Rather, they negotiated contracts with IMCs as it helped railroad companies consolidate volumes for intermodal transportation. As buyers such as Amazon enjoy a high scale of volume, it places them in a better position to negotiate directly with railroad companies. After years of depending almost exclusively on IMCs for intermodal marketing, this enhancement effort is expected to alleviate many of the challenges faced by buyers, such as rising rail-freight costs, increases in dwell times and week-long delays, especially along class 1 railroads. It is also expected to bring some relief to buyers, who have had to contend with issues such as a lack of control and visibility over the intermodal loads, and should help them achieve optimization efficiency as well as presenting them with cost-saving opportunities.

The market has very few experienced buyers who have been handling part of their supply chain in-house, like Amazon and Walmart, to really benefit from such long-term investments in intermodal logistics. Furthermore, Amazon and Walmart, also have a strong presence in disparate and distant locations and possess large distribution centers that are located closer to freight stations. It’s highly reasonable for such large-volume buyers to increase their dependency on rail networks. It will allow them to prioritize loads according to the train departure schedule on their own, thus giving them greater control and opportunities to meet their delivery performance targets, particularly during peak intermodal seasons.

As bigger buyers become more self-sufficient by purchasing their own containers, IMCs face a looming threat as their power over railroad companies and buyers begins to wane. As IMCs are expected to have fewer business opportunities with bigger clients, they will have an excess supply of containers for other clients, which threatens a slump in prices for intermodal services. This could drive more buyers to incorporate intermodal services into their transportation network.

Furthermore, new buyers like Walmart and Amazon could choose to turn their ownership of containers into a commercial opportunity, selling the service to other buyers. This will then turn these companies into new suppliers in the intermodal market, which could cause an even greater disruption in the relationship between buyers, IMCs and railroad companies.

As Amazon joins Walmart in buying their own intermodal containers, they can now engage directly with railroad companies without they need for intermediaries. As more aspects of intermodal transportation are transitioning to being controlled by large-volume buyers themselves, market-leading IMCs, such as JB Hunt and Schneider, face an existential threat to their business of supplying intermodal containers to buyers. This disruption does, however, present these IMCs with new opportunities as it could draw more buyers to start using intermodal transportation services.