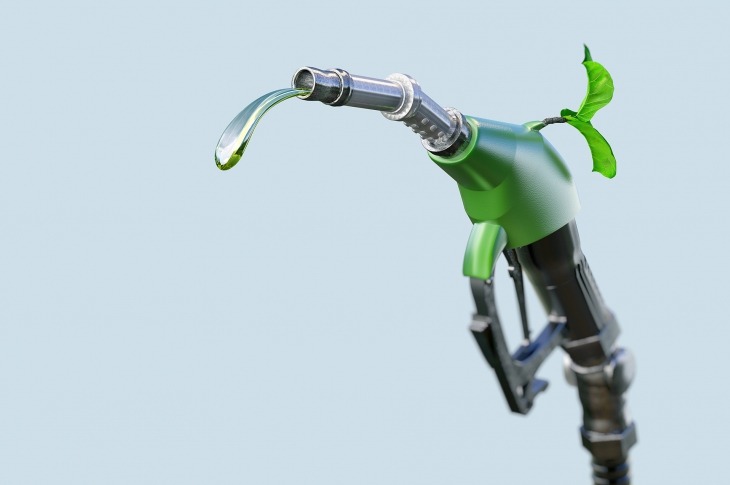 Biofuels obtained from organic matter or waste are one of the most valuable renewable energy sources that can help reduce carbon emissions. Bio-diesel, bio-ethanol and biogas are the three most commonly used biofuels. At present, biofuels represent approximately 3% of all road transport fuels around the globe1. According to the Renewable Fuels Association, biofuels have helped reduce more than 230 million metric tons of carbon emissions since 20072. Recently, the global biofuel industry is focusing on increasing the use of biofuels in the aviation and marine sector.

In India, the importance of biofuels was felt as early as the 1970s, with committees being set up to examine the scope of using bio-ethanol and bio-diesel as fuels in India. Under the Ethanol Blended Petrol (EBP) Program, it was made mandatory to blend 5% ethanol with petrol in 9 major sugar producing states and 4 union territories by 20033. This mandate was made optional in 2004 due to a supply shortage. The National Biofuel Policy was announced to oversee the step-wise implementation of ethanol blending in petrol across most Indian states. 5% ethanol blending in petrol was made mandatory from October 2008 and a further 20% ethanol blending target was set to be accomplished by 2030 (along with 5% biodiesel blending)4. At present, the EBP program requires public sector oil marketing companies to sell ethanol-blended petrol, with a minimum of 5% and a maximum of 10% blending, across all states and union territories (except Lakshadweep and the Andaman and Nicobar Islands) from April 2019. However, with all the initiatives and targets set by the Indian government, ethanol blending in the country remained at just over 4% by 20185.

Despite the new policies and mandates, the Indian government has not been able to boost the biofuel industry in India. In 2016, public sector oil marketing companies in India procured around 1.1 billion liters of biofuel, which will only be enough for a blending rate of 3.5%6. This primary cause of this shortcoming is a supply crunch. The major industrial consumers of ethanol in India are the liquor industry and the chemicals industry, which together use more than 90% of the total ethanol produced in India. Producers prefer to sell ethanol to liquor manufacturers as it is an assured market with fixed selling prices and steadily increasing demand. The situation has been compounded by the fact that public sector oil marketing companies are unwilling to sign long-term supply agreements with ethanol suppliers.

The bulk of the ethanol in India is produced from fermenting molasses, a by-product of the sugarcane crushing process. With regulations in place to restrict the use of sugarcane juice and other food crops directly for ethanol production — to insulate consumers from a rise in food prices — the availability of feedstock for ethanol production has reduced in recent years. These regulations have been relaxed since 2018 and ethanol production directly from sugarcane juice has been permitted. However, these steps are unlikely to have any fundamental effect on the ethanol production or supply until the Indian government provides incentives, low-interest loans and guarantees to set up distilleries for ethanol production from sugarcane juice and molasses. Supply chain challenges have also been instrumental in hindering the biofuel industry’s growth in India. Ethanol, a highly flammable liquid, requires safety and risk assessment measures during its production, transportation and storage. It also requires a dedicated distribution network and interstate movement with transportation and storage centers because of the non-uniform distribution of raw materials in India. These factors have negatively affected the development of the biofuel industry in India.

A key strategy to increase ethanol supply in the country is to concentrate more on second and third generation bio-ethanol. Since the use of food grains and sugarcane juice for ethanol production has always been under scrutiny in a developing nation like India, the use of agricultural and household waste for biofuel production will have significant positive effects on the supply scenario. Presently, second-generation biofuel production is negligible in India. However, public sector oil marketing companies, such as the Indian Oil Corporation and Bharat Petroleum, have been setting up production plants and investing in second-generation biofuel production in the last few years. The results from these developments are yet to be seen in the industry, though. It is estimated that the net availability of agricultural residue for biofuel production in India by 2030 would be approximately 166.6 million tons7. The demand for ethanol for fuel blending (considering the target blending rate of 20%) by the same year would be around 13.7 million tons8. Thus, investments in developing technology that can produce ethanol from cellulosic and lignocellulosic biomass while setting up production plants will help shift the focus from food-based biofuels and will help curb the unavailability of ethanol feedstock in the future.

Government initiatives to facilitate ethanol production from corn will also be a key strategy in the future. Corn requires much less water for cultivation compared to either paddy or sugarcane, both of which are now in oversupply in the Indian market. Corn is being extensively used for ethanol production in the U.S., which is the largest ethanol producer and consumer in the world. Encouraging farmers to shift land used for paddy cultivation to corn, providing financial assistance for cooperative distilleries and production plants, and ensuring a fixed price and assured market for ethanol will come a long way in increasing ethanol supply across the country. This will also help save large amounts of water that are traditionally used for paddy cultivation, a key factor as India is poised to witness severe water crises in the near future. These steps will help India increase ethanol production and blending rates and can lead to a reduction in foreign exchange, which is currently being used for fuel imports.