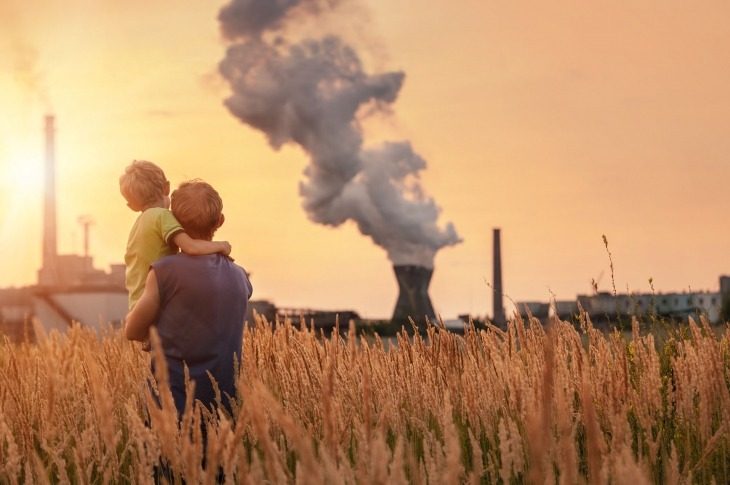 How China’s Go-Green Resolve Is Impacting Its Chemicals Sector

China has emerged as a manufacturing powerhouse over the past 50 years — driven by cost benefits and lenient regulations.  However, over time this has had tremendous adverse impact on the environment, compelling the Chinese government to implement aggressive measures in the form of strict policies and cleaner emission standards. How does this translate for the chemicals sector?

The government’s policy changes began in May 2017 with its ‘five-step method’ for a cleaner China — inspection, assignment, patrol, interview and special inspection. China moved from its growth-at-all-cost policy to the blue skies policy. There is now increased scrutiny in the form of greater on-site inspections, limited number of approvals for new plants, and fewer permits for transportation and storage of hazardous materials. Due to such policy changes, chemicals are now regulated in accordance with several laws based on their legal status.

The new environmental regulations have had a varied impact on chemicals manufacturers. The impact on upstream petrochemical plants, chemical intermediates and polymer units has been relatively low, as most of these plants were built with appropriate emissions controls and waste treatment facilities. The most adversely affected segment are the smaller units manufacturing specialty chemicals such as coatings, dyes, pesticides, food ingredients and surfactants, as these units usually lack the infrastructure to abide by emission standards and waste treatment regulations. In 2017, the breach in emission levels led to temporary closures of 40 percent of China’s manufacturing capacity. Fines were levied on about 80,000 factories. In 2018 too, there were widespread closures and many companies had to pay heavy fines for non-compliance. As per a 2018 report, in Shandong province, 25 percent of all chemical companies were shut by the government, which affected 5-10 percent of the output.

The above examples underscore the intensity with which the government has enforced the policies over the last couple of years. In addition to the temporary closures, the government is also aiming to relocate plants producing toxic chemicals to dedicated industrial zones. Although the option to relocate may seem better than having to close production entirely, there are constraints — such as a sales decline during the transition period, buffer stock planning and capital requirements. The small - and medium-scale manufacturers of specialty chemicals will bear the brunt due to poor capital as well as poor economies of scale. Moreover, the government has increased the time to grant permission for new plants — from 6 months to 18 months — which will result in further delays in restarting production.

With all these changes and an increase in environmental due diligence, the overall cost is bound to increase. Mandatory installation of volatile organic compound treatment equipment, expenses on water treatment, increased raw material costs and higher transportation costs will add to the existing manufacturing costs. With the tightened regulations, industry consolidation is an expected trend in the near term, as the smaller players will not be able to afford such investments to upgrade the production process. This will prove to be a boon as the ongoing excess capacity issue might get addressed to an extent.

Companies sourcing chemicals from China will face challenges owing to the ongoing closures. Buyers sourcing dyes and agrochemical intermediates from small-and medium-sized suppliers will be the worst impacted. These buyers can reduce risk by considering sourcing from other regions temporarily for certain material / volumes. Buyers can also consider diversifying their supply base temporarily to reduce the overall supply risk. Monitoring suppliers’ exposure to environmental risks and establishing a strong relationship will be key in 2019 and 2020.

Companies sourcing rubber chemicals, polyethylene, polypropylene, polyvinyl chloride, methyl ethyl ketone, etc. will face challenges due to the ongoing closures. In addition, players dependent on downstream refiners and blenders will be impacted because the blue-sky policy bans the use of chemical feedstock in oil blending and the sale of blending components in the name of chemical feedstock.

Overall, the regulatory changes in China’s chemical manufacturing sector will have an impact on the global chemical sector. Players in the entire supply chain will need to adapt to tighter environmental regulations and innovate to meet the needs of the market.