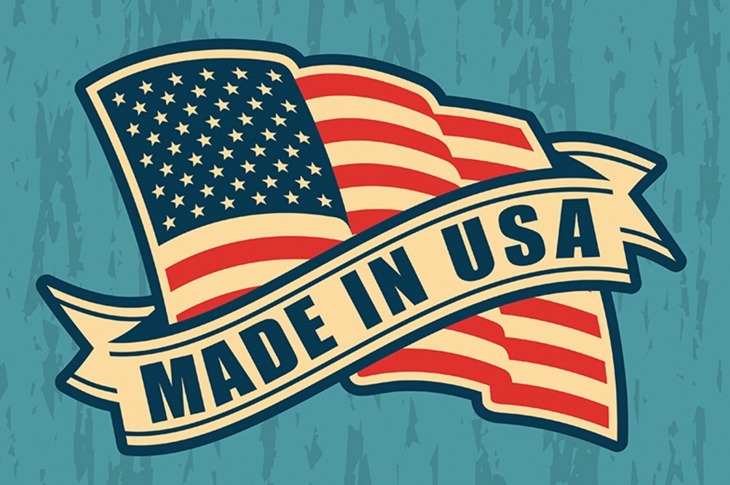 Implications of the United States' Push for Domestic Manufacturing

The Federal Trade Commission mandates that to qualify as a “Made in the USA” product, it must meet the “all or virtually all” standard, meaning that all significant parts and processing that go into its making should be of U.S. origin. The product “should contain no, or negligible, foreign content.”

Why the Decline in U.S.-Based Manufacturing

One of the biggest reasons for the decline in manufacturing in the U.S. is its shift to a service-based economy. Banking and other financial services began to grow in the U.S. after 1999. The healthcare sector’s contribution to the economy grew from 5 percent in the 1960s to 18 percent in 2015. Although the switch to the services sector took place in other developed countries as well, the U.S. manufacturing industry lost its global market share. To add to its woes, low-cost countries (LCCs) such as China, India, Vietnam, Bangladesh, Thailand and Cambodia have also ramped up their manufacturing capabilities over the past 20 years. The U.S.-based manufacturers have found it tough to compete with products made by LCCs due to the high labor costs and standard of living in the U.S.

Further, a few federal policies have reduced the U.S.’ competitiveness vis-à-vis other nations. According to the Manufacturing Institute in Washington DC, certain policies have increased manufacturing costs in the U.S. by 20 percent, and this is excluding labor costs. Also, the corporate tax rate in the U.S. was the highest in the developed world and was regarded as being uncompetitive for three reasons — cost recovery, worldwide application and a high statutory rate.

Manufacturing firms are now discovering ways to create value beyond their traditional production activities, be it in design and product development or in services. The U.S. manufacturers are growing at a faster pace, as new orders and production are resulting in an increase in employment.

Gaps in cost of manufacturing between LCCs such as China and the U.S. have also been narrowing rapidly over the last few years. Prices of industrial robots have also been declining, resulting in some manufacturers moving back to the U.S. Meanwhile, China is seeing an increase in its manufacturing wages due to the rapid growth of its economy. This is leading manufacturers to move production back to the U.S. Also, manufacturers in the U.S. are increasingly leveraging renewable resources to gain a competitive advantage. This has led to renewable energy becoming more cost effective, reducing the overall cost of production.

Benefits of Producing Goods in the U.S.

Some of the companies that had outsourced their manufacturing to Asia are now moving their units back to the U.S. A key reason for this is the increasing tariffs and high shipping costs that are making overseas production cost-prohibitive. Moreover, production delays due to volatile foreign political environments also hinder timely shipping. Another benefit of being closer to U.S. customer markets is that companies will be able to react quickly to customer demands and fulfill orders by speeding up delivery of products.

Devaluation of the U.S. dollar and intellectual property theft are risks companies face when they  outsource their production to other countries. Key instructions such as product specifications or shipping terms get lost in translation when communicating with foreign suppliers. So there is a growing preference for manufacturing in the U.S.

“Made in the USA” will result in higher employment rates and  tax collection, and better global economies. The corporate income tax rate was reduced from 35 percent to 21 percent with Congress passing the new Tax Cuts and Jobs Act (TCJA) in late 2017. This improved rate has brought the U.S. in line with many competing countries such as Spain, Canada and the Netherlands, and made it more favorable over countries such as China, Japan, Mexico and Germany. This reduced tax burden will increase manufacturing job opportunities in the U.S.

There are many reasons to encourage domestic production apart from just increasing employment opportunities. National security is also a key reason for encouraging domestic production. The shift in manufacturing is expected to bring back jobs and revive exports, but the short-term disruption is likely to have an enormous impact on retailers. While it is appealing to have domestic products rather than foreign ones, it is important to consider how the U.S. will manufacture different products ranging from small electronic gadgets to aircraft when it relies heavily on other nations for imports required to undertake the manufacturing.