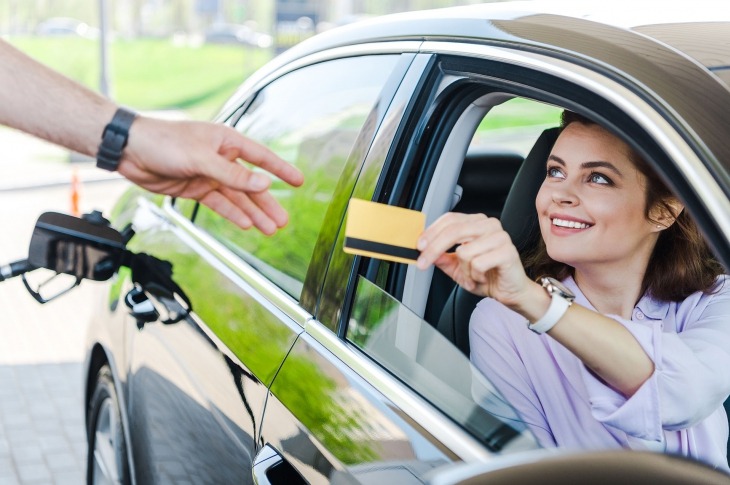 Integrating EMV at Fuel Stations Is Going to Be Unavoidable

In the last few years, consumers have rapidly shifted their preferred mode of payments at retail fueling outlets to credit and debit cards. This has, however, led to an increase in the rate of counterfeiting, card fraud and data losses, which cost fuel merchants significantly. According to a report by Capra Consulting Group, 72% of consumers pay for fuel at the pump using a credit or debit card, which makes fuel stations a prime target for fraud. A skimmer device can, on average, steal data from anywhere between 30 to 100 cards, which translates to thousands of dollars stolen in addition to the leaking of important financial data. With greater card use at fuel stations comes the risk of an increase in the rate of fraud at fuel dispenser sites, which can weaken customer information security and lead to the brand of the fueling station falling into disrepute, in addition to an increased cost of chargebacks.

How Can Companies Mitigate Risk?

The U.S. credit card industry is making a concerted shift toward EMV-enabled cards. The major American credit card companies (Europay, MasterCard and Visa) have set a deadline of Oct. 1, 2020 for the total adoption of EMV technology in fuel pumps. According to the regulation, liability for fraudulent transactions and chargebacks will shift away from the issuers of the cards to the owners of fuel stations following the deadline. Station owners are currently facing the challenge of updating their automated pumps to be fully compatible with EMV credit card terminals.

To EMV or Not to EMV?

Many pumps in use today are more than 10 years old and aren’t adaptable to new forms of payment. Some fuel dispensers just have to be updated to be EMV-ready, but in many cases the entire unit needs to be replaced. Many fuel merchants initially postponed or altogether avoided making their systems EMV-compliant, owing to the high initial costs and the fact that the process is time-consuming. However, the long-term cost of not being capable to accept chip card payments will be significantly higher than that of the upgrade itself. Furthermore, following the new regulation, businesses have to contend with the potential cost of being held liable for fraud and data theft if they choose not to comply and that can easily exceed the costs of making their payment systems up-to-date.

Furthermore, consumers will be more likely to buy fuel from stations that provide them with protection against fraud. Most payment terminals being deployed today at fueling stations have advanced features such as support for contactless payments. Soon, payment systems are going to change even further at fueling stations with the introduction of technologies such as mobile, and biometric-based authentication. Thus, in the long run, fuel merchants will have to ensure their systems are EMV compliant.

Many manufacturers of fuel dispensers are introducing new models that are designed with updated technology in mind and are more economical at the same time. In addition, there are many schemes and programs being introduced to help petrol station owners make their stations EMV-compliant, such as software and hardware solutions.

Industry leading fuel dispenser suppliers such as Gilbarco and Wayne have released systems for indoor and outdoor EMV support. New software provides full chip-card functionality, both, on the forecourt and in-store. For example, Gilbarco Veeder-Root launched an initiative to help Chevron and Texaco retailers for the Chevron Corporation to transition its retail fuel network to become fully EMV-compliant.

EMV is the future of payments and it is an unavoidable transition for anyone in the business of retail, from fuel stations to grocery stores. EMVs are also acting as the foundation for greater upcoming advances in payment methods. Stations that delay in converting to EMV-compliance might end up needing to spend more on security to be on the constant lookout for fraud. In the wake of numerous large-scale data breaches and increasing rates of counterfeit card fraud, it is high time that owners migrate to EMV-compliant systems.