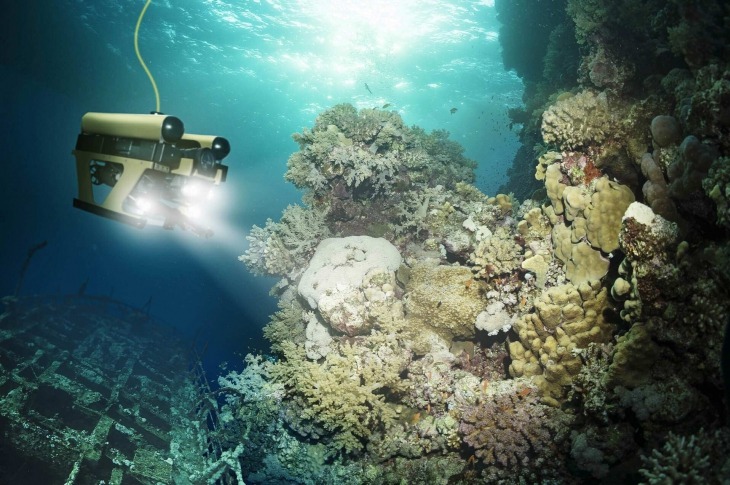 An ROV, or Remotely-Operated underwater Vehicle, is a submersible device fitted with sensors and sampling tools that is used to probe and collect data from depths too dangerous to send human divers. The search for offshore oil and gas fields is leading companies to increasingly remote locations and lower depths, particularly in the North Sea. Thus, the need for ROVs to carry out routine tasks like surveys, seabed observations and inspection of the seafloor has increased. There are over 1,100 work-class ROVs servicing the global market at present. Heavy work-class ROVs make up 55% of the global supply, while medium and light work-class ROVs constitute 23% and 22% of the supply respectively.

ROVs are categorized into work-classes based on their weight, power, abilities and size. These are Micro, Mini, Light, Medium and Heavy work-class. Heavy work-class ROVs are more robust and capable of carrying out heavy-duty operations, such as construction and maintenance, and can guide subsea equipment for perfect installations. Light work-class ROVs generally weigh between 100kg to 1,500kg and help in light construction work and underwater intervention. These ROVs can operate at depths below 3000m. Over the past decade, oil and gas companies have been heavily investing in research and development to create a new kind of heavy work-class ROVs, ones that are highly compact, versatile, cost-effective and operationally efficient. This research involves Mini ROVs, which generally have a horsepower rating of less than 5HP and can perform inspection services much more efficiently than other conventional work-class ROVs or even human divers.

When compared with ROVs from higher work-classes, which require more specialized operators to handle, the cost advantage of Mini ROVs is very compelling. The acquisition cost of larger ROVs is significantly higher than Mini ROVs, who also have an edge in terms of operating cost and spare parts cost due to their versatility and compact size. They thus benefit from economies of scale, keeping the per-unit costs low.

The overall cost of ROVs are determined by their horsepower, sensors and the tooling mounted on the vehicle. Mini ROVs in the inspection category tend to be open frame models, which allow for extra sensors and small tool skids to be added when required. Thus, if the scope of work involves only inspection, the camera and navigational sensors alone may do the job, saving the trouble of installing other sophisticated tooling. For better underwater mapping and surveys in turbulent waters, where there is minimal visibility, there is also the option to mount imaging sonar, which can serve as real-time acoustic eyes for navigation.

All offshore vessels are required to undergo hull inspections and can spend weeks of downtime in a dry dock. A time-saving alternative can be a UWILD (Underwater Inspection(s) in lieu of Dry-Docking) performed via mini ROVs. Ensco performed its first UWILD using a small submersible ROV video camera named VideoRay Pro 4. Apart from the benefits of easy deployment of and diver-less inspection, the system also led to reduced downtime. This resulted in safer inspections and a reduced need for the rig. VideoRay is very lightweight (about 6 kg) submersible ROV system, which made it easy to deploy without the need for any launch systems. In a conventional UWILD using divers, there is the increased risk of diver safety as well as the increased cost associated with greater rig time. By using the Mini ROV, there is very little mobilization cost, as a single operator can deploy the ROV from the rig. A further major cost-effective aspect is that the rig doesn’t have to stop during the inspection.

Heavy or light work-class ROVs require larger launch and recovery systems to deploy, occupy larger deck space, require a larger vessel to accommodate their equipment, necessitate more crew members and skilled staff and thus have come with greater insurance and fuel costs. When the scope of work is limited to seafloor surveys, inspections and observations, large work-class ROVs are neither efficient nor cost-effective. In such cases, Mini inspection-class ROVs are a smarter choice, owing to the ease of their deployment and operation. In addition to seafloor surveys and inspections, Mini ROVs are useful in vessel external and internal hull inspection via UWILD, which eliminates the need for dry-docking and reduces downtime for the vessel.