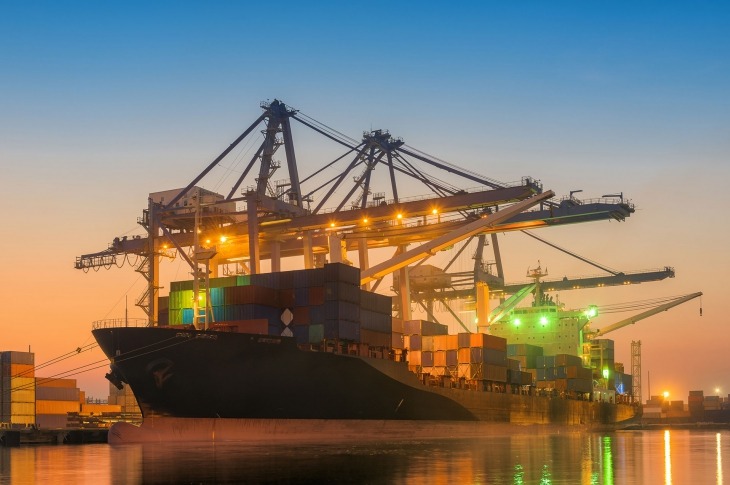 Ocean Freight Trends and Outlook for 2017

The year 2016 was tumultuous for the global shipping industry, as carriers were prone to financial pressures. This was true especially the first three quarters of 2016, due to factors such as freight rates dipping to their lowest levels since 2009, M&A, new alliances and the Hanjin bankruptcy, one of the largest container shipping bankruptcies in history.

In 2017, however, ocean freight rates are forecast to increase due to factors such as supplier consolidation, increase in bunker prices and slower capacity growth. However, we believe that ocean freight rates will remain moderate due to the uncertain global economic environment.

Increase in Contract and Spot Rates in 2017

As per the Drewry Benchmarking Club Contract Rate Index, the average contract rates on Asia-Pacific and trans-pacific routes increased by 3% in Q4 2016, from a 19% (Y-o-Y) slump in Q3 2016 and 18% during the April-June period due to the supply-demand imbalance post-Hanjin bankruptcy. Shippers who have enjoyed low rates for the past two years might face higher shipping costs during 2017. Many Asia-Europe shippers concluded annual contracts with 10-20% higher than in 2016.  As per the results of the JOC (Journal of Commerce) survey of 150 shippers, there is about a 46% expected increase of 1-10% in contract pricing and another 20% expected increase of 10-20% in 2017.

The spot rate market is in a similar situation. In 2016, ocean carriers’ attempts to increase contract rates to breakeven levels failed, prompting them to increase rates to drive up the spot rate market. The Shanghai-North Europe spot rate rose from $554 to $775 per TEU in December, an increase of 40% (Y-o-Y). It’s remained constant at above $1,000 per 20-foot-equivalent unit TEU during the first two months of 2017 due to reduced capacity on account of Chinese New Year. However, the spot rate is expected to dip during the first quarter of 2017, but then expected to gradually climb up to ~90%-150% (Y-o-Y) on Asia-Europe and trans-Pacific routes.

Consolidation of liners is expected to continue with the prospect of the three Japanese container liners (K-Line, MOL & NYK) coming together as one. The top five liners controlled about 55% of capacity by the end of 2016, and most of the capacity will be controlled by the following three alliances:

These three alliances will begin operations in April 2017, subject to regulatory approvals. Hyundai Merchant line was about to join the 2M alliance, but the alliance with the 2M was scrapped and instead Hyundai Merchant entered a three-year agreement deal in slot purchases and sharing surplus capacity with the MSC and Maersk line. The Ocean alliance is expected to dominate with a capacity share of 35% and 40% respectively on Asia-Europe and Trans-Pacific routes. These three alliances will control more than 90% of the Trans-Pacific trade and 96% of Asia-Europe trade.

OPEC and non-OPEC members have collectively agreed to curb oil production, which could lead to an increase in crude oil prices and bunker prices.  Shippers can expect higher bunker adjustment factors than the past two years.

In 2017, the shippers will face a challenging environment in ocean freight after two years of low freight rates. Even though carriers have consolidated, the overcapacity in the market is expected to remain in 2017 due to the slippages in 2016. Last year was a record year for deletions with about 0.6 million TEU’s sent for scrap. Higher bunker costs and increased pricing power from the liners would provide an up thrust to freight rates.