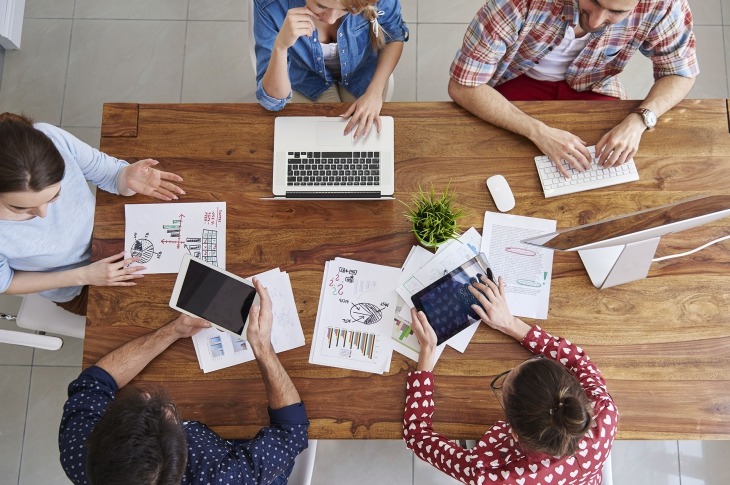 The onsite outsourcing of certain corporate support functions to a third-party specialist is not a new concept for many businesses, particularly in areas such as facilities management, HR and procurement. There’s often a specialization dividend as well as benefits in lower staff costs and overheads. So far, the marketing department has mostly remained untouched, but this is changing on both sides of the Atlantic.

An increasing trend is now emerging, where advertisers are either bringing certain aspects of advertising creation or production fully in-house, or are bringing in outsourced talent as a dedicated in-house function. New agencies such as OLIVER and NuFu are leading the way in such initiatives and filling a gap in the market, not just for agile advertising and related content production solution, but also for creative development. These solutions are both physically and mentally closer and more integrated to the advertiser’s business; they’re onsite, dedicated and immediately available. Apart from flexibility and speed, clients have gained from significant cost savings (sometimes more than 30 percent, as claimed by the agency).

Holding companies are attempting to introduce similar engagement models. The&Parnership and Wunderman Thompson, for instance, have both moved to in-housing. The industry will eagerly watch their ability to deploy the new model, as it is about much more than simply placing staff on-site. The effectiveness of the model requires superior organizational design and a collaborative approach to synchronize people, process and technology. One of the marquee clients of OLIVER has been Unilever — the world’s second largest advertiser — which lets OLIVER provide staff who could work along with U-Studio, the in-house agency of the CPG major. The joint exercise was initiated in 2016 and currently operates in 18 of Unilever’s offices globally.

In a recent ISBA study of advertisers, 39 percent of brands stated that they used an in-house (advertiser’s own) agency for some of their advertising, 33 percent used an (external) onsite agency, while 16 percent had done both. In the U.S., the in-house or onsite provision is more pronounced; in a recent ANA study, 78 percent of advertisers surveyed stated that they had an in-house agency (58 percent in 2013 and 42 percent in 2008). This is partly a consequence of less stringent labor laws allowing for more straightforward hiring and firing versus Europe.

What is Different Today

What is different today is that previously such in-house or on-site provision was largely contained to point-of-sale and packaging-related disciplines — areas deemed to be of less strategic value as opposed to advertising. This is changing, as advertising is increasingly being successfully handled by such new on-site or in-house solutions.

The procurement benefit is potentially substantial, along with the development of better brand knowledge. Typical ad agency overheads can comprise 40 percent of total staff charge-out costs, and potentially there’s an opportunity to realize around half of this figure through an on-site setup. But there’s a greater liability in Europe, where more pronounced employment legislation may temper a client’s eagerness either to have agency staffers on site, or to increase the in-house headcount.

Will the Trend Run Out of Steam?

Fundamentally the new model has a big challenge — how to attract and retain major talent and how to maintain fresh thinking? This is less of a problem in more routine outsourced functions. However, for advertising, being the new cool and maintaining the creative edge is often of paramount importance. Our outlook is that the trend of increased on-site or in-house provision will continue, but will hit a ceiling. It will continue to evolve and excel in more low-value, quick turnaround advertising content needs. However, it will not replace the provision of major creative talent for major advertising works.