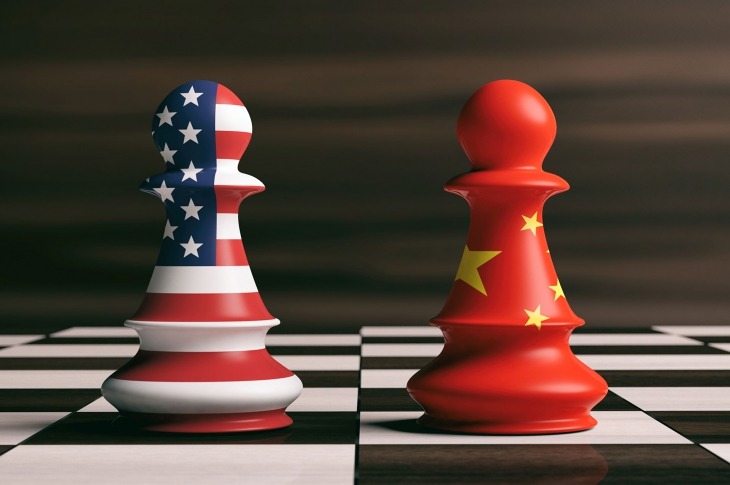 On March 22, 2018, U.S. President Donald Trump initiated what could well be the beginning of a global war in international trade. The $60 billion retaliatory tariff on Chinese imports was a bombshell that shook the global markets. Although these tariffs will be applied to products in the technology sector, where the U.S. accuses Chinese firms of stealing intellectual property, the Trump administration did mention that this was one of many such measures that will be unveiled in the future. The U.S. has said they will monetize this penalty by imposing 25 percent duties on specific Chinese products. In retaliation to all these developments, China has announced reciprocal tariffs of $3 billion and followed it up with an additional tariff of $50 billion on imports from the U.S. and promised legal action at the World Trade Organization.

The Story So Far

As a retaliatory measure, on April 4, 2018, China released a list comprising 106 U.S. products under 14 categories that will be taxed at 25 percent valued at $50 billion. On April 6, 2018, President Trump indicated additional tariffs worth $100 billion on Chinese imports as a response to Beijing’s countermeasures.

Implications for the Healthcare Sector

Let’s try to understand the current U.S. market situation. The following graphs depict (a) the top trade deficit countries for the U.S., and (b) the top products imported by the U.S. 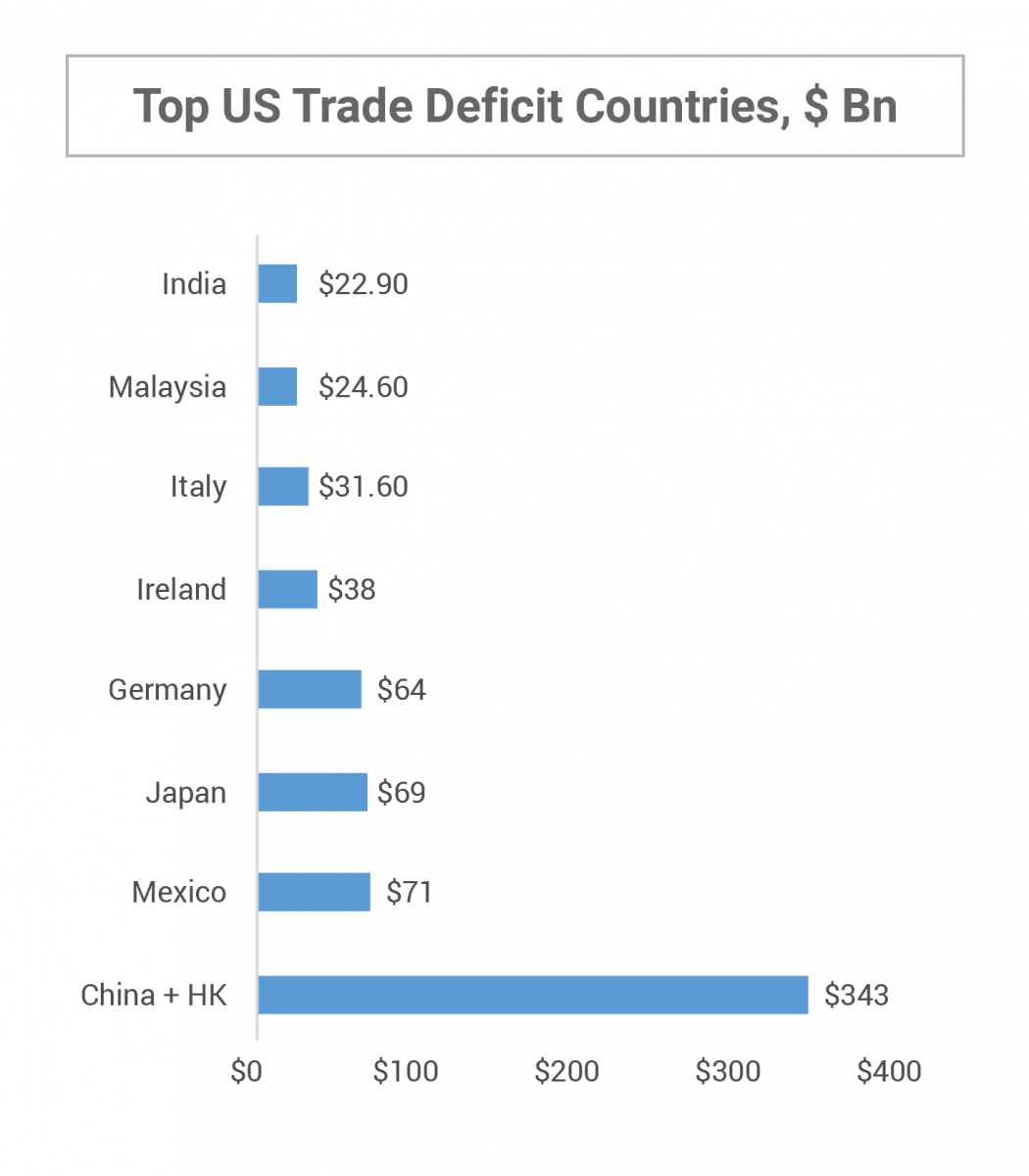 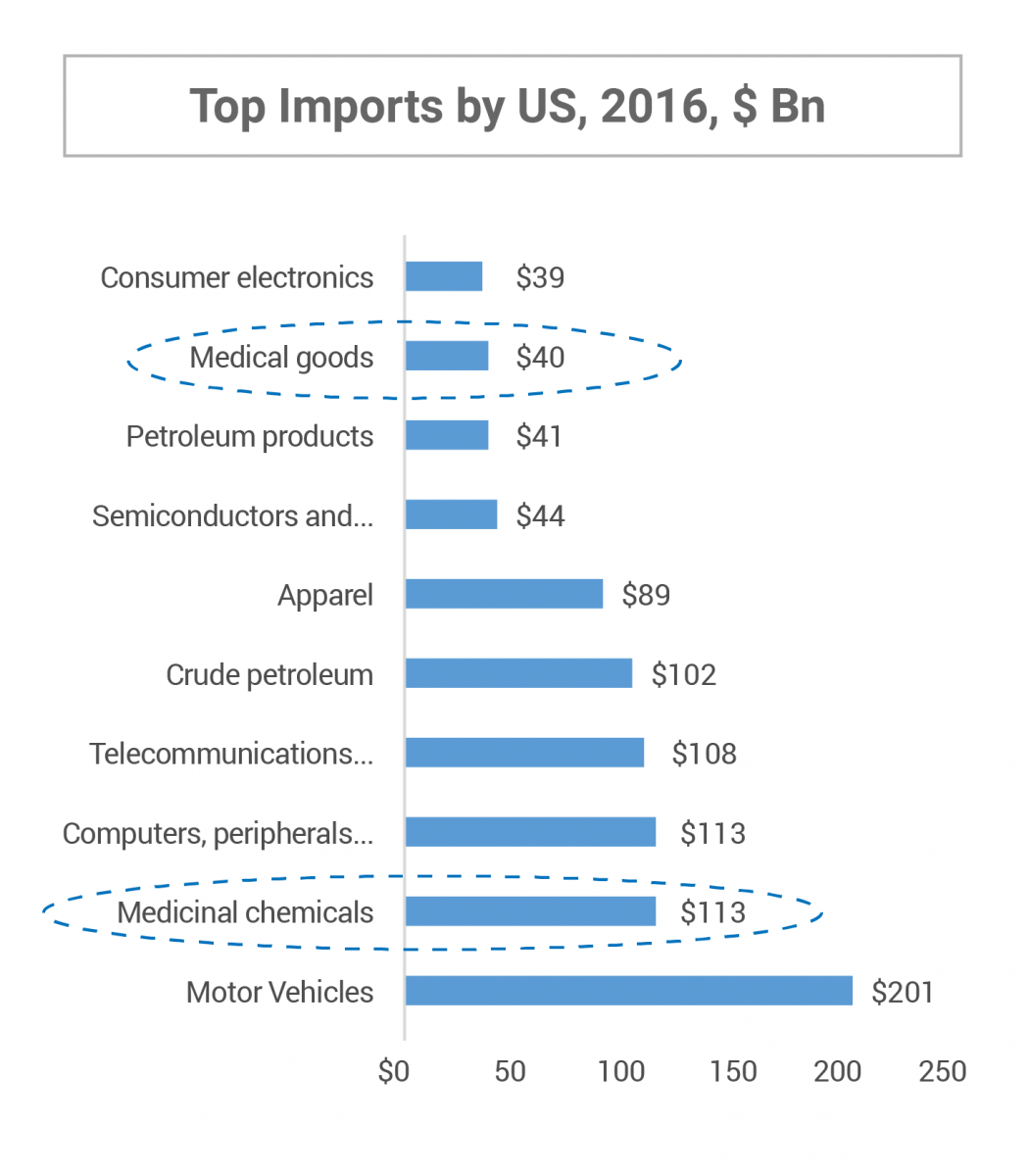 It is assumed that the U.S. has targeted categories covered under the "Made in China 2025" program, where sectors such as automated machine tools & robotics, aerospace and aeronautical equipment, power equipment, biopharma and advanced medical products, among others, have been listed as key priorities by the Chinese government. The USTR targeted products based on an algorithm that was developed to identify high-impact Chinese exports that would have a limited impact on U.S. consumers and also excluded products that could cause disruptions to the U.S. economy.

Still, the inclusion of healthcare/medical category products such as defibrillators, X-ray machines, MRI machine electromagnets, syringes, etc., surprised many. Logically, based on the trade import data, the medical sector seems a prime target for the U.S. government, as it constitutes about 10 percent of the total imports valued at $157 billion in 2016. However, healthcare is a complex industry with a sophisticated supply chain. It is highly regulated with strict guidelines on the management of suppliers of raw materials and semi-finished goods, tedious supplier change procedures and plenty of regulatory oversight. Above all, it is a critical sector that affects millions of patients across the U.S.

However, recent tariffs on such healthcare products, coupled with China’s retaliatory tariff on chemicals such as polyethylene, polycarbonate, polyvinyl chloride, acrylonitrile, catalysts, lubricants, epoxy resin, acrylic polymers, vinyl polymers and polyamides puts medical technology players and healthcare packaging companies in a spot of bother. Consider this — according to the American Chemistry Council, the U.S. produced $3.2 billion worth of plastic resins in 2017, of which 11 percent, that is $0.32 billion was imported by China. Overall, the U.S. exported 9 percent of $11.5 billion, or about $1 billion worth of chemicals and polymers to China.

Couple this situation with the already increasing prices of key polymers such PE and PP on the back of rising crude prices — healthcare supply chain managers clearly have a lot of thinking to do.

In the past, U.S.-based companies had moved manufacturing operations to countries such as Mexico, Ireland, Singapore, China and India for medical drugs and devices, which might be targeted by the U.S. in future if things escalate further. One should remember that in January 2017, there were reports of the U.S. considering 20 percent tariffs on imports from Mexico. It should be noted that the U.S. has a $71 billion trade deficit with Mexico, which is an important source of medical devices and drugs for the U.S.

Such measures, if implemented in countries like China, Germany, Ireland, Singapore, India and others (which are important drug and devices manufacturing countries), will have serious consequences and be an absolute supply chain nightmare for healthcare companies. Supply chain leaders and those managing operations in these countries should prepare themselves for further escalations.

Considering such a tumultuous scenario, managers in the pharma and medical devices sectors are advised to prepare themselves to navigate this storm. One way to mitigate the worst possible scenario is to proactively partner with local manufacturers and prepare a detailed strategy for shifting supply chain and manufacturing of strategic products. Also, pharma and medical technology companies are advised to put their product outsourcing and manufacturing shift plans on standby for a few months to understand the market better. Wait and plan is the mantra for the time being.