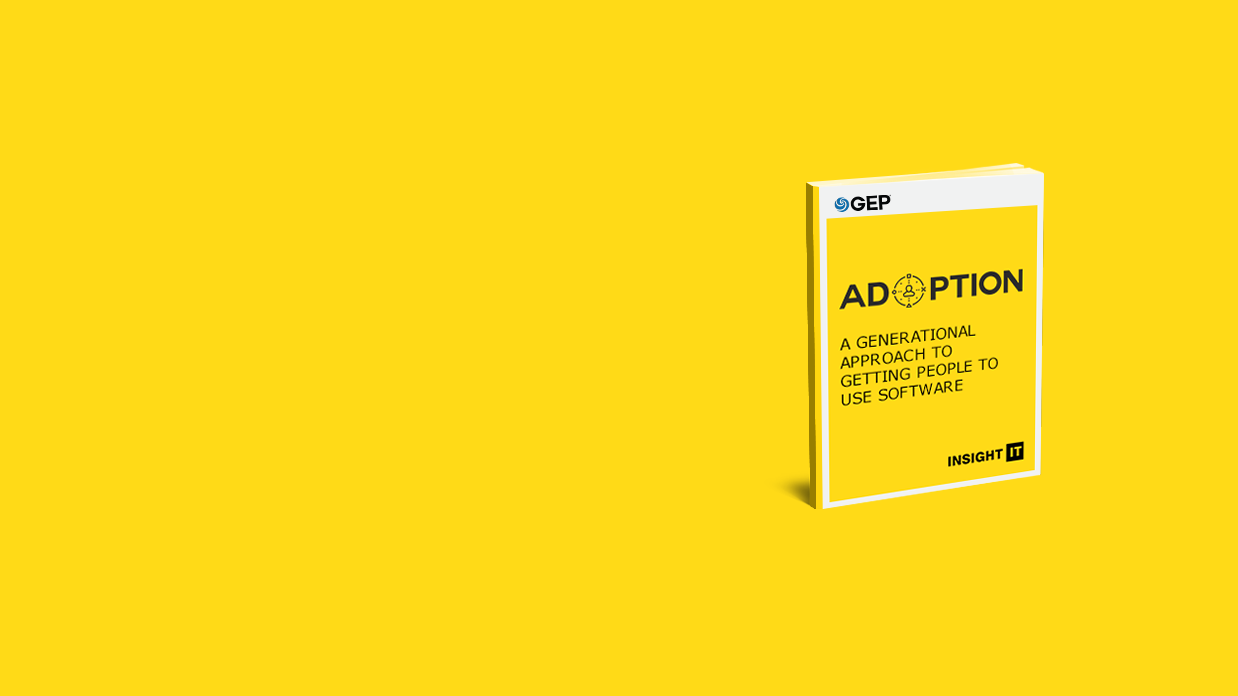 Adoption: A Generational Approach to Getting People to Use Software Millennials, Baby Boomers, Generation X, Silent (or Greatest) Generation — all in the workforce together, trying to learn how to accommodate each other’s varying preferences, thought processes and ways of working. It’s complicated, right? Especially when you start looking at how the different generations adapt to and use technology.

But wait. Isn’t it really true that all users of technology — Millennial, Baby Boomer, whatever — want the same thing: to do their jobs better and faster? Maybe that “generation gap” we think needs bridging can be gotten over by applying some clear and universal principles regarding the software we use.

In a new INSIGHT IT publication from GEP, “Adoption: A Generational Approach to Getting People to Use Software,” we consider the priorities of technology users from the four major age brackets currently in the workforce, and then suggest three simple steps for building software experiences that can transcend generational lines and deliver results.

It’s a must-read for CIOs and IT teams looking to boost adoption, happiness and productivity across the enterprise.

Have you ever had to attend one of those mandatory HR sessions on how to work most effectively with each of the four generations — Millennials, Generation X, Baby Boomers, and the Silent Generation (sometimes called the Greatest Generation)? If so, you've probably heard the song and dance about each generation's particular work style, such as communication preferences — Millennials prefer text messages, Gen X likes email, Boomers want you to call them on the phone, and so forth.

It’s true that generational differences can affect just about every aspect of the work experience. From team building to change management to core values to organizational structure, each generation has distinct expectations, habits, attitudes, and motivational factors. But things can really get complicated when the focus turns to technology, with its direct bearing on workplace productivity and user happiness. Or can it?

Here again, the temptation is to put people into different boxes based on assumptions about how different age groups use (or don’t use) technology. It’s easy to presume that the older generations need the most hand-holding or encouragement, and that their technology tools need to be as simple as possible (with generous helpings of large type and big buttons). While the younger generations presumably need no special consideration at all, and can deal with whatever gets foisted on them no matter how complex or feature- heavy; after all, they’re the digital natives, right? They’ll figure it out! 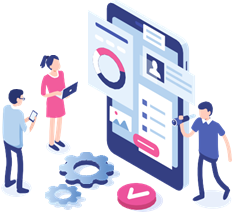 Here’s the real truth: User experience is a concept that spans all generations. You might have implemented the most powerful, state- of-the art, bleeding-edge software platform with expectations that it will totally transform the way your business operates and what kind of results it achieves. But even the world’s most powerful software is wasted if the user experience is unfriendly, or difficult. And this is true of every age group that is expected to adopt that software and use it to do their everyday jobs.

This is due, in part, to the rapid consumerization of IT, which has touched users of every generation (if you want proof of this, ask the nearest teenager why he or she wouldn’t touch Facebook with a ten-foot pole; it’s because their parents and grandparents are addicted to it). Providing software for whatever purpose — procurement, sourcing, even accounting — that is instinctively easy to use is what the world’s application leaders — companies like Apple, Google, Nest or Amazon — have mastered.

Across the full age spectrum, users have become accustomed to and are actively demanding simple, intuitive, touch-friendly, device-agnostic software for their business applications. So, in this “app for everything,” consumerized software environment, what goes into providing the best possible user experience for enterprise professionals, and what is the bottom-line impact?

First, developers must understand one thing: Nobody’s job is to “use software.” Even though an employee’s role may involve spending hours in front of a PC or using an app on an iOS or Android device, that application is just a tool towards an end — whether data entry, sales management, or purchasing.

“Feature creep” is a problem many software providers must address. Unfortunately, in many cases feature creep has defeated the purpose of having software tools by making them unwieldly, difficult to use, and loaded with arcane functionality that will never be needed — or wanted — by most users.

The question for IT professionals is this: Are you deploying software that actually gets in the way of its users, rather than streamlining the way they do their day-to-day jobs?

By simplifying the user experience, technology becomes increasingly usable, and the resulting increase in adoption and usage is apparent across generations. Although we may have trained Boomers and older to accept imperfect software, even the most seasoned employees will embrace tools that inherently make their jobs easier, freeing them up to work on business problems rather than decoding complex software functionality. 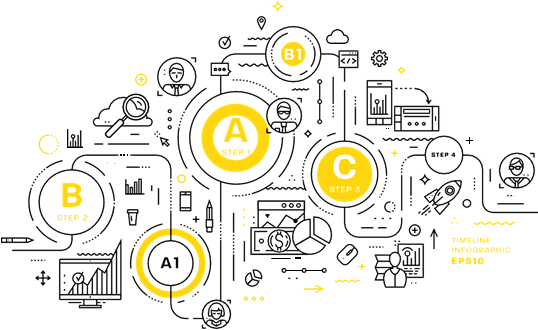 To that end, we suggest three steps that software companies should adopt — and IT professionals should look for — to promote a great experience design, regardless of the vertical market.

By using techniques like eye tracking and time and motion studies, developers can discern which approaches are most effective and which features should be relegated to secondary screens or menu options.

2. Ask prospective users what they need to simplify their jobs

Users of GEP SMART™, the unified source-to-pay procurement platform, let it be known that they wanted software that didn't require a training course and did encourage buying from the company's contracted providers rather than Amazon — and yet provided an “Amazon-like” experience when accessing the corporate catalog. Familiarity and intuitiveness pay off in increased adoption.

For example, GEP SMART's design is heavily influenced by Google's Material Design Manual, which helps inform how software should look, what shading to use for buttons and controls, and how to differentiate text that provides action from text that doesn't.

In the end, users — whatever generation they represent — are the ultimate judges of how well software helps them do their jobs. By delivering software that is simple to use, automates formerly repetitive tasks, and enables employees to feel that they are capable and effective, the IT team can help colleagues do more with less while boosting adoption by every individual at any age.

Also Available in the INSIGHT IT Series 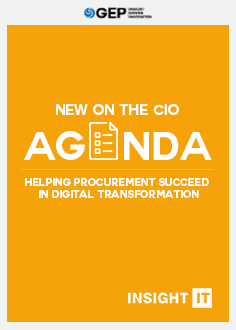 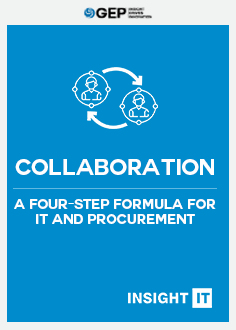 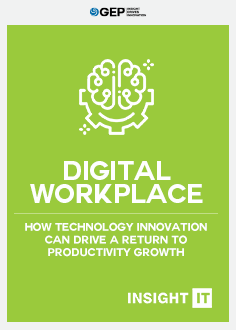 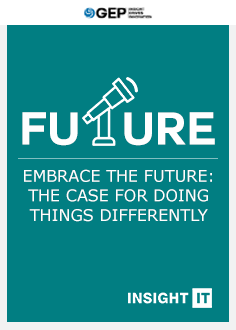 Bolstering the Business: How to Build a Strong Foundation for Effective Data Intelligence

Debunking Best-of-Breed: Why the Single-Software Strategy Is the Only Way to Transform Procurement