The Russia-Ukraine conflict has affected the global logistics market on every level. The effects of the pandemic on warehouse capacity and container availability had just recently started fading when the Russia-Ukraine war started impacting the industry. The war impeded the flow of goods, fuelled cost increases and product shortages, and created catastrophic food shortages around the globe.

Russia has been destroying Ukraine’s agricultural infrastructure, thereby disrupting the entire supply chain. The Black Sea and Azov Sea had been blocked by Russia, and the Ukrainian grain shipments were hijacked in the early months of the attack. However, in July, Russia and Ukraine signed a United Nations (UN) deal to unblock Ukrainian grain exports from three Black Sea ports to ease shortages. Despite the deal, Russia attacked Odesa's seaport with cruise missiles hours after signing the deal.

The uncertainty has had a snowball effect on supply chains across the globe.

Rise in Oil and Gas Prices

The surging oil and gas prices coupled with the geopolitical risks arising from the conflict are bound to cripple global supply chains, especially in the energy-intensive logistics sectors.

The black seaport, along with several other routes, has become non-operational following the war, ceasing the supply of several products and commodities including transport equipment, machinery, electronics, metals, chemicals, fertilizers and food products.

The European Union has also been struggling with the availability of these energy sources, and the sharp surge in prices. EU imports a significant share of energy from Russia. It also depends on Russia for 35% of its natural gas imports, around 20% of crude oil imports and 40% of coal imports.

The rise in oil and gas prices has a crippling global effect. Organizations involved in supply chain operations need to take active measures to mitigate risks and soften the blow of rising prices and energy shortages.

Several ports shut down due to the war, leading to rise in ocean shipping costs. Ships had to be rerouted causing congestion and leading to delays in cargo flows which worsened the global supply chain condition. In addition to this, the sanctions and restrictions led to a shift from rail transport to ocean transport, creating more pressure and resulting in deeper container scarcity.

This led to steep price increases for many essential goods, like grains, which shot up by around 60% between February and May 2022.

The conflict has led to a massive increase in one-way pickup rates in India amid container shortages, wreaking major havoc on the peak shipping season.

A stream of canceled orders and delayed shipments have led to port congestion in the U.S. Cargos are being moved away from the U.S. West Coast and there is an increase in container vessels that are anchored off at Savannah and Houston.

As a result of U.S. port congestion, ocean carriers are canceling shipments and sailings, leading to significant productivity issues at the ports.

On the East and Gulf coasts, the container delivery volume is high and is pushing the prices up. The increase of containers on the East Coast is benefiting the warehouse sector, leading to fast-increasing warehousing costs. In August 2022, the prices were up by around 8% since January.

However, the container volume in China is down. The manufacturing orders are being pulled back which is resulting in a decrease in container bookings and impacting the congestion conditions at the port.

Also, several new projects are being launched to help provide some relief in the logistics sector. In July 2022, Fuzhou, the capital of east China’s Fujian Province, launched its 9,900-kilometre China-Europe long freight train named ‘Mindu.’ The train is expected to take 20 days lesser than the sea route. 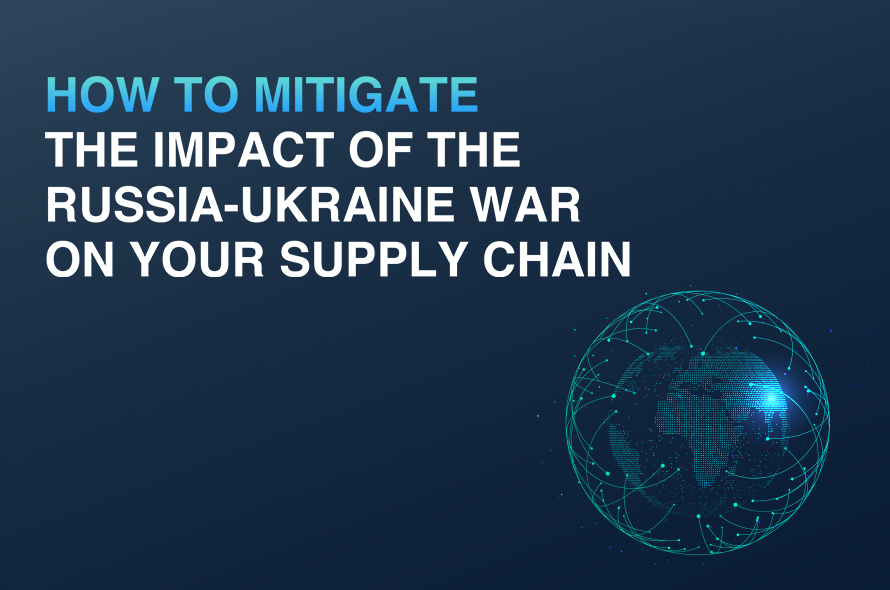 Another new China-Europe freight train departed in July 2022, from Chongqing to reach Melzo in Italy. It is estimated to complete the route in about 22 days.

The logistics sector will need more such initiatives if it has to stay bullish in these choppy waters.

To learn more about how to reduce the impact of the Russia-Ukraine war on your supply chain, download our bulletin.