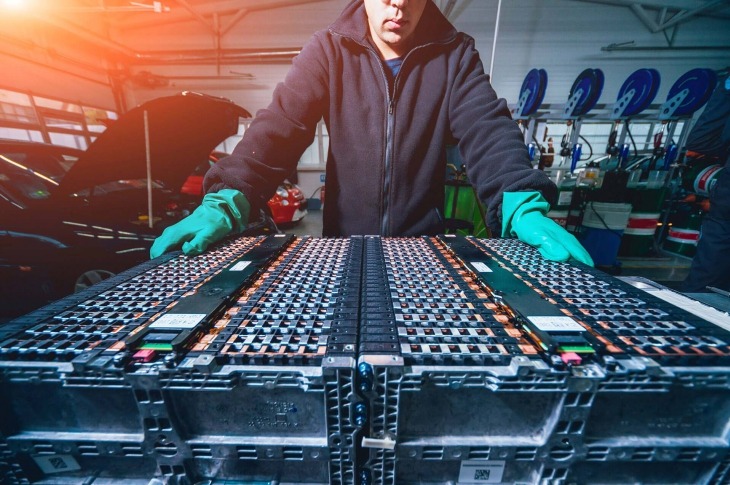 Transportation and energy production are the two sectors that contribute the most to greenhouse gas emissions. However, developments in electric vehicles and battery storage are changing these markets. With the increase in adoption of modern electric vehicles, there has been an equivalent increase in demand for the many commodities that go directly into the manufacturing of batteries for these electric vehicles. Lithium is one of the core commodities required for manufacturing rechargeable batteries. Increased demand for lithium has thus attracted many investments into the extraction of the element. However, the dynamics of supply and demand have been unusual for lithium, prompting Simon Moores, managing director at Benchmark Mineral Intelligence, to term the situation the “lithium-ion supply chain paradox”.

The supply-demand imbalance around lithium manifested itself as a sudden rise followed by a steep decline in the price of the element. Prices of lithium peaked at around $296 per ton in May 2018, an increase of 62% from $182 per ton in 2016. A year later, by May 2019, the prices fell back to $200 per ton. In 2017, prices for lithium rose sharply thanks to successive multi-year highs — which were driven by strong demand for lithium-ion batteries — set against the uncertainty of a looming potential supply crunch. This attracted several large investments in mining and processing infrastructure. On the expectations of further fast growth, surplus investments flowed into the lithium supply-chain. This flooded the market with an over-supply of lithium, which eventually brought down the prices. 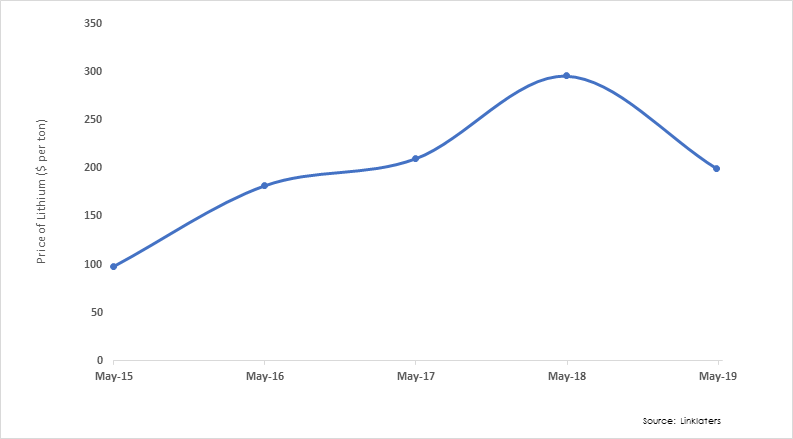 Morgan Stanley expects lithium prices will continue to decline till around 2025. Meanwhile, suppliers continue to race to bring new production and refining capacities online. The downward trend for prices demotivated current suppliers to invest in the commodity in the short-term, their enthusiasm for new projects having waned. In Canada, Nemaska Lithium’s Whabouchi mine laid off over 60 employees to ensure optimal cash flow for the continuation of the project. Chinese company Tianqi Lithium’s plant in Kwinana, Western Australia began lithium hydroxide production in September 2019. At the start of operations, Tianqi announced the postponement of the second half of the 48,000 metric tons per year project, citing poor global lithium prices for the delay to the plant, which was initially expected to be commissioned in full by the end of 2019.

No Impact on Electric Vehicle Costs

As far as electric vehicles are concerned, the overhead costs for producing a battery are still large and economies of scale have not yet been established. This means that the price of the raw materials used in a battery has a limited impact on its overall price. So, even though there might be fluctuations in the price of lithium, there would be minimal or very low impact on the overall prices of batteries for electric vehicles.

Even though lithium prices have fallen rapidly in 2019, many industry experts expect them to bounce back in 2021. The slight decrease in supply in 2020, coupled with the inevitable increase in demand is expected to stabilize the supply-demand situation for lithium. As battery producers start attaining economies of scale with market growth in the electric vehicles segment, lithium prices will start to make more impact on the prices of the batteries.