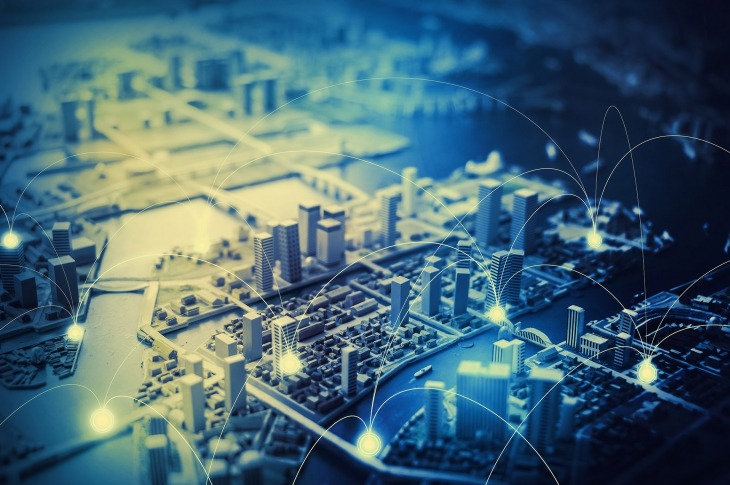 Clear the Decks! Technology Transformation Is on Its Way

In his seminal works of a dystopian near future, William Gibson wrote about mobile computing. In his Sprawl stories the protagonists operate decks built by Hitachi and Suzuki. With the exception of the jargon and the brands, Gibson’s prediction of the laptop bearing an East Asian logo was spot-on, as was his conceptualisation of the internet. In 1984 it was fantasy, by 1994 it seemed like prophecy but by 2014, at least in terms of the tech, the world of Neuromancer and Count Zero is like a “yesterday that could have been” rather than “a tomorrow that may be”.

Indeed by the end of this half of the decade it is more likely than not that the domination of global personal computing by the PC will be at an end.

In August 2014 some of the world’s largest PC manufacturers hinted heavily at this as they announced huge swings from traditional Windows-based PC sales to tablets, phablets and smartphone.

Chinese tech giant Lenovo announced in its report for the first quarter of the year that mobile device sales were now outperforming PC sales and had risen by a record 105%.

Taiwan’s Acer announced that it is shifting focus to development and production of hardware running Android as opposed to Windows 8 while Gartner reported significant falls in overall sales by both Acer and Asus.

Gartner also reported that, in the previous year, PC sales across Europe had fallen by nearly 20%.

By the end of September 2014, two of the largest tech firms had actually announced they were withdrawing from the PC market. Samsung by initially ending sales in Europe and Sony by disposing of its Vaio division altogether.

While other analysts, IDC included, are predicting a slight growth in PC sales in the coming year their predictions are only in single figures. This, if it happens will likely be a mere fluctuation rather than an indication of a trend.

Socially, it is less likely these days for a friend to show off their new laptop than their new tablet, or phone and the real kudos goes to those with the smart goggles, wristwatches and with the GPS-traceable tokens hanging from their key ring.

The retailers on line and on the high street are selling devices that seem beyond even the most febrile imaginings of William Gibson, and, for the first time, social trends and consumer choices in technology sales are dominating the success and dictating the futures of technology giants.

In previous decades technology use at home has been inspired by the workplace. It was the business users who had the first VDUs on their desks, the first dot-matrix printers, the first fax machines and the first cellular telephones. In the 80s, individuals started acquiring these things for personal use and with the arrival of the laptop and portability the lines between business use and private use began to blur.

The private commercial market for computing technology that started with home-only brands such as Commodore, Atari and Sinclair was taken over by the architecture and operating systems that were predominantly aimed at the business world.

In the last few years, however, there has been a significant shift in the balance of power. When the PC ruled the roost the “consumer” option was generally a lower spec, more affordable version of the business machine, often with a “consumer brand”. The state-of-the-art, top performance devices were always squarely targeted at the corporate market. With the advent of the net-connect telephone, triggered by the totally unexpected success of SMS messaging and GPRS, leading to WAP, 3G and now 4G the computing power, access to information and collaborative capabilities available to the average individual “at home” is for the first time greater than they have “at work”.

While the likes of IDC reporting a slowdown in the growth of tablet sales, it is nevertheless a slowdown in growth, not a contraction by any means. That slowdown is not due to a resurgence of PC sales but to tablet owners settling in to their new devices and not swapping them out as has been seen in the phone market. Moreover where tablets are being swapped out it is for more highly integrated devices that include phone functionality – the so-called phablets.

The upsurge in mobile, connected devices is having a significant impact in the office.

In the last couple of years it has become clear that the expectations that we have of our company information systems are being dominated by our experience of our privately-owned technology and emphatically not the other way round.

User adoption of large-scale corporate business systems is more and more down to how well those systems fit into the usability paradigms that we have become so familiar with. As the mobile tech giants battle it out for domination of the mobile operating system market, both in the store and in the courtroom, we as fickle consumers are voting with our credit cards and as we snap up the newest and brightest pocket-sized supercomputers we do so to significant detriment of the “traditional” PC market.

Critically, so far, this has been a heart-led revolution. We love the user experience, we love the heft and texture of the devices. Utility? Never mind that. Indeed Microsoft’s long awaited release of Office for mobile devices might be seen as really the first serious attempt to make a touchscreen tablet functionally competitive with a PC. So far, this dedicated Excel user remains to be convinced. Much work needs doing before I’ll give up my PC for serious number-crunching. But, in the same breath…give up my iPad? No chance.

So does this mean that mobile computing is a flash in the pan and in corporate procurement we should carry on regardless? Absolutely not.

The key driver for use of mobile technology for work has predominately been email. Blackberry kicked off the messaging boom in the late 90s and it is quite usual, if not particularly desirable, for business and personal email accounts to sit side by side on our smart phones and tablets. However access to messaging alone is inadequate when it comes to modern working practices.

What increasingly is needed is the ability to execute on the demands of the business, while mobile. What users expect, and what device manufacturers saying is possible, is to be able to behave as if they are in the office at all times.

Limited to that “messaging only” model users have tried to shoe-horn their requirements into place. Using email documents are “sent-to-self” in order to be accessible whilst on the move. Bring collaboration into the picture and those documents and other business-critical data are proliferating across company and personal devices without little or no control. In essence we are putting the data where we need it in order to fit in with our expectations of mobility and accessibility.

This new way of working has brought with it some not-insignificant challenges when it comes to version control, data security, effective team working and consistency of purpose. The uncontrolled “breeding” of documents, for example, as they are shared, edited, sent and resent as attachments can lead to confusion and ultimately cost. Messaging will always be a part of digital life of course, but its use as the transport mechanism for documents, data and action is fundamentally misplaced.

The real promise of the mobile revolution comes in the shape of a cloud. With documents and data located online, and importantly only online, sharing, collaboration and control become virtually automatic. When business success is dependent upon one version of the truth the cloud nature of the mobile world is the true enabler. Once the business information gets truly on-line then the mobile revolution will become the new status quo.

It is the confluence of the two streams of compelling, highly usable devices and secure, always-on access to business information that will produce the torrent that will swamp the office-bound, PC-based, isolate islands of work.

This is going to impact you in two ways, and from two different directions.

Sooner or later you will have to replace your company IT hardware, particularly the machines used by the folks who do the work. If you’re minded to stay conservative and stick with the Windows front end to your current infrastructure then you’ll be wanting to think about that upgrade now…whilst there are still decent Windows-based laptops on the market. If everyone has just got their shiny new touch-enable swivel-screened decks then you might want to think about what they will be replaced with in 3 years from now.

Adding another layer of complexity to your day is going to be whether your back-office systems are ready for the revolution at the front end. The tablets are going to replace the laptops pretty seamlessly for messaging, word processing, number crunching and day-to-day productivity but what about access to and management of your backbone ERP and financial applications.

Planning for the shift into mobile technology shouldn’t be overlooked. Those of you who recall the effort that went into Y2K compliance (remember that?) will appreciate the being well prepared is the key to cost avoidance when the time to change arrives. Of course the mobile revolution won’t happen at the stroke of midnight next December 31st but in some ways that makes it all the more important to have a plan.