Robotic Process Automation – Will It Take Our Jobs or Make Them Better?

Robotic Process Automation (RPA); for some, it spells a technological coming of age that’s set to make work easier for all humankind. For others, it’s the feared job-stealing reaper from their worst nightmares… made real!

There’s no doubt that RPA will be a disruptive change. The question is, will it be a welcome change. Either way, it’s a force to be reckoned with, and one we may inevitably have to confront. 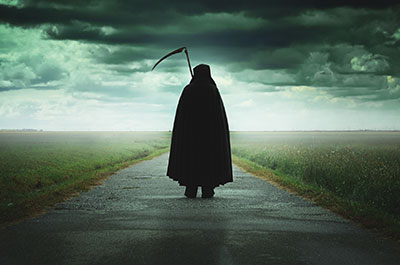 An earlier post discussed how software robots can be programmed to replicate repetitive human activity nonstop and without error. At this point, you may have jumped for joy at the prospect of ridding yourself of the mundane, labor-intensive aspects of your job. After all, just having to open fewer emails (or maybe none at all!) is rewarding enough. And if the robots put an end to that, well, RPA may yet win the affection of the modern workforce.

But another post spoke about the very real possibility of RPA performing nonrepetitive tasks; the ones that demand intelligence, emotion and insight. The ones that involve genuine thinking, creativity, decision-making and full-fledged human brain functionality. The ones that, in all likelihood, you get paid to do.

So, could bots actually do your job better than you? And if they could, what’s stopping them from taking it? All of a sudden, that handy-dandy chatbot doesn’t seem too friendly anymore.

Yes; robotics might well be capable of automating both the routine and the not-so-routine, which could mean someday machines doing things that humans currently do. Will this mean that some jobs may go away? Probably, but it could also mean the creation of new types of jobs. So, don’t quake in your seats just yet. Maybe it’s not all that black and white. Maybe there’s more to it.

Headcount reduction might seem like the frighteningly obvious outcome of RPA, but the fact remains that actual human interaction, intellect and improvisation are pretty hard to replicate, even in theory.  Those traits might actually be truly indispensable. You’d be right in thinking that now is probably not the best time to gloat about the invincibility of the human race. But if you think about it: Face-to-face meetings will always mean more than a one-sided conversation with a non-living thing that talks in an electronic voice. Any complex, strategic process or relationship is still going to need a degree of old-fashioned human intervention or oversight.

For our own sakes we should make the goal of RPA not to eliminate the human workforce but to enrich and enable it like never before. RPA may threaten to eliminate some jobs but the real reason it’s here is to make us more efficient and help us utilize our time, skills and experience more optimally. It will automate all that can (or rather should) be automated, leaving us with more time to focus our energies where best needed. Humans will still be employable in an array of newer, more strategic roles that previously didn’t exist while the robots take care of the menial stuff. The world of the near future might not be perfect but there’s a good chance that we can make it better.